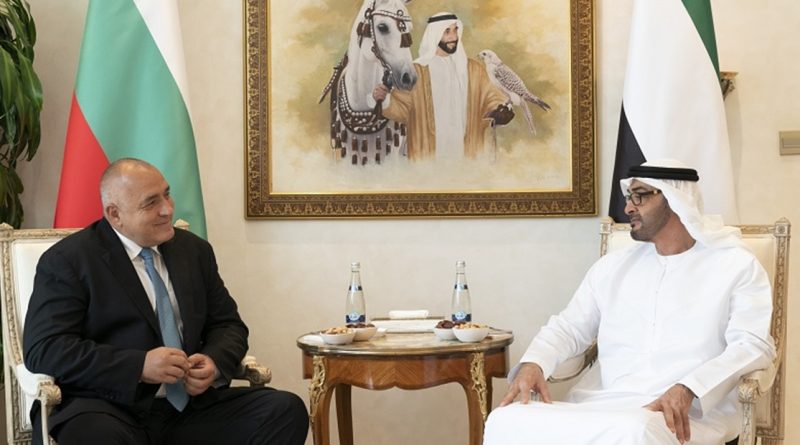 Borissov, who is on a two-day visit to the United Arab Emirates, expressed satisfaction with the intensification of bilateral relations as a result of the political trust that had been created and a common desire to deepen the co-operation, the statement said.

“Our two countries play an important role in their regions. We have similar views and positions on many international issues,” Borissov said.

“We are interested in developing co-operation in areas of mutual interest because of the geopolitical importance and interconnectedness of our regions,” he said.

Borissov said that the opening of embassies in Sofia and Abu Dhabi had greatly eased bilateral dialogue and trade and economic co-operation.