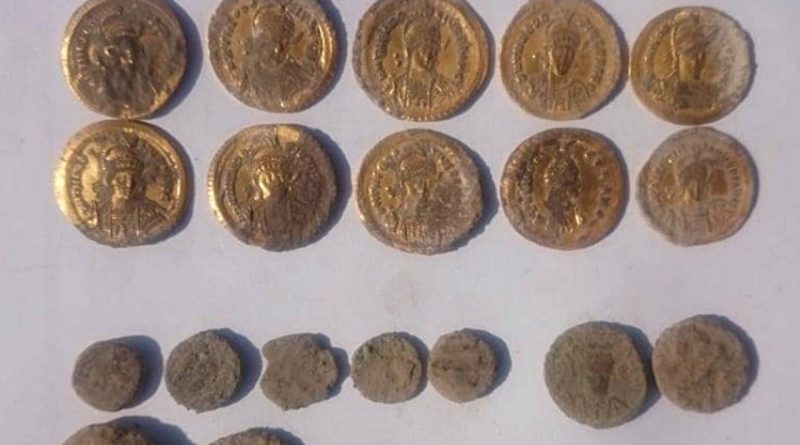 Archaeologists have found a valuable gold treasure in the town of Devnya, about 25km from Bulgaria’s Black Sea city of Varna.

This brings to 16 the number of Theodosius II gold coins that have been found. Also found was a gold coin with the image of the emperor’s cousin Valentinian III.

It is though that the hoard was hidden during an attack by the Huns on the ancient city of Marcianopolis in the fifth century, according to Dr Hristo Kuzov of the Regional History Museum in Varna, a statement by the municipality of Devnya said.

Security staff have been deployed at the site and video surveillance has been installed.

This is the second major find of gold treasure found by archaeologists at Devnya.

In 1929, one of the largest ancient treasures found anywhere in the world was discovered there, consisting of 100 000 silver gold coins, weighing together about 350kg, from the time of Roman general Mark Anthony.

The coins found in September 2019 are in extremely good condition, making dating them easier, according to the archaeological team.