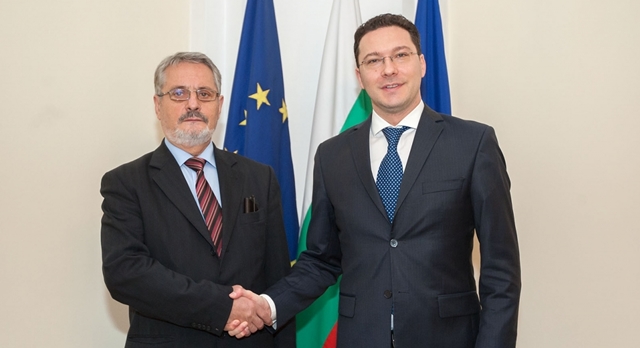 Bulgarian Foreign Minister Daniel Mitov held talks on January 7 2016 with Blagoj Handjiski, who is leaving his post as Skopje’s ambassador in Sofia after five years in office, with the two discussing how bilateral relations could be deepened, the Foreign Ministry said.

The farewell meeting was held just more than a week before Nikola Gruevski is expected to step down as prime minister of the former Yugoslav republic to open the way for the appointment of an interim government ahead of early parliamentary elections scheduled for April 24.

Mitov told Handjiski that relations with Macedonia were among the main priorities of Bulgarian foreign policy, Bulgaria’s Foreign Ministry said.

Mitov said that in recent times, the two countries had agreed on the need to solve “open issues” which would create a sound basis and positive impetus to bilateral relations, including the Euro-Atlantic future of Macedonia.