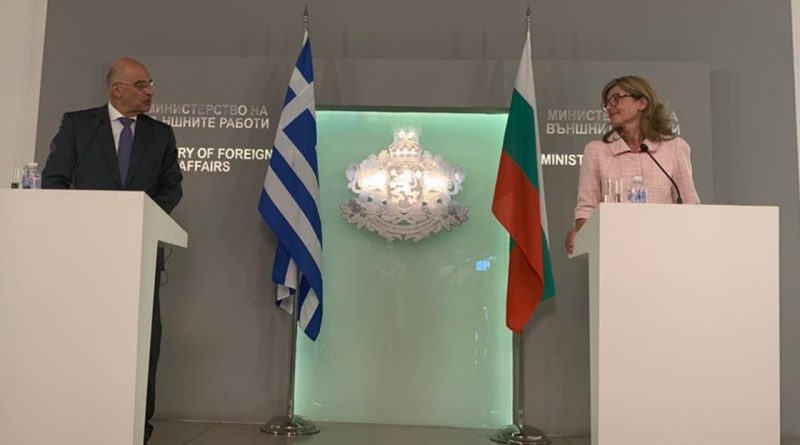 Bulgarian Deputy Prime Minister and Foreign Minister Ekaterina Zaharieva and Greek Foreign Minister Nikos Dendias, who began his tour of the region from Sofia, reaffirmed the strategic nature of the relations between the two countries.

In a very friendly and constructive atmosphere, Dendias and Zaharieva met in Bulgaria’s capital city during an official visit by the head of the Greek diplomacy to Bulgaria, where he met with state and political leaders.

“I am very happy that your tour started in Bulgaria. This shows that our relations are at a strategic level. It is an example of how historical overlaps can be overcome and turned into mutual support and friendship,” Zaharieva said during their joint statements after their meeting.