If parliamentary elections were held in Bulgaria today, only three parties would enter the National Assembly, according to the findings of a poll by the Exacta agency, released on December 20.

The parties are Boiko Borissov’s GERB, the Bulgarian Socialist Party and the Movement for Rights and Freedoms.

The poll was done between December 10 and 17 among 1000 adult Bulgarians in 93 cities, towns and villages.

GERB had 23.5 per cent support, very slightly down from the 23.7 per cent it had in October.

The United Patriots, the grouping of far-right and ultra-nationalist parties that currently is the minority partner in Borissov’s government, had 3.8 per cent support, just below the four per cent threshold to get seats in the National Assembly.

Former justice minister Hristo Ivanov’s reformist Democratic Bulgaria had 2.5 per cent, while Vesselin Mareshki’s populist Volya, currently the fifth and smallest group in the National Assembly, had just one per cent.

About 34.3 per cent of those polled said that they would not vote.

Forty-five per cent of those polled did not believe that Bulgaria should hold parliamentary elections now, a drop of five per cent compared with October.

The groups most in favour of early elections were men, people over the age of 60, people with low standards of living, and 72 per cent of BSP voters.

Those against early elections were aged between 30 and 50, educated and well-off people, as well as residents of Bulgaria’s cities other than Sofia.

Most GERB and United Patriots supporters favoured the current government serving out a full term of office.

Most MRF supporters did not want early elections, Exacta said. 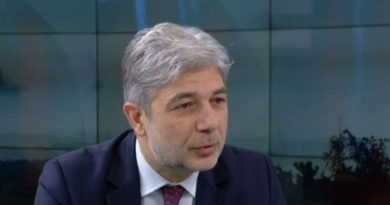