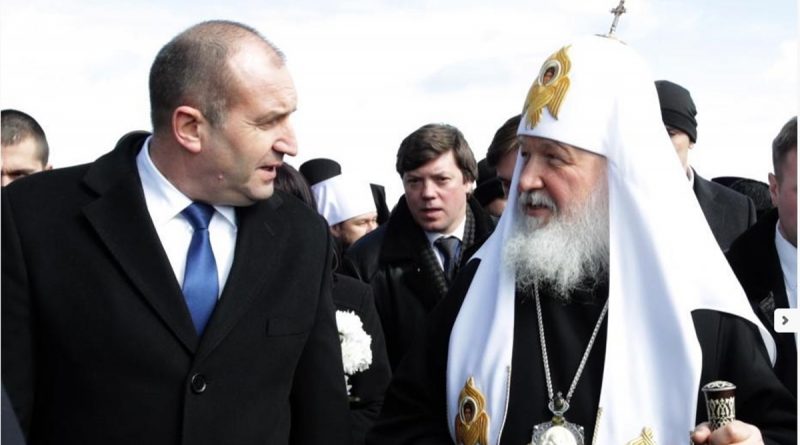 The visit by Russian Patriarch Kirill to Bulgaria for celebrations of the country’s 140th anniversary of liberation from Ottoman rule was meant, no doubt, not only as an invocation of what Russian victory against the Turks meant for Bulgaria, but also as a latter-day public relations triumph.

Probably for the Russian side, it is being or will be presented as such. The Kremlin-controlled media would hardly do anything other when it comes to Kirill, not only a close ally to Vladimir Putin but practically an extension of the current and future dispensation in Moscow.

For Bulgaria, the commemoration of Liberation, the consequence of the 1878 San Stefano Treaty that ended the Russo-Turkish War, should have been a cause for genuine celebration. No doubt, for the vast majority if not every single Bulgarian, it was. Yet it was precisely the presence of Kiril, Patriarch of Moscow and All Rus’, that led to some jarring notes.

It was a sign of the importance accorded to Kirill’s visit, and perhaps an unspoken acknowledgment that he represented not only his church but the Kremlin, that no less than Bulgaria’s vice-president was assigned to meet him at the airport. A sign that this was seen as something more than a visit by any ordinary, however high-ranking, foreign clergyman.

In a moment that raised eyebrows, vice-president Iliyana Yotova did more than just bow to kiss the hand of Kirill, but dropped to one knee in front of him. This is a sight not even seen when Bulgarian leaders, even heads of state or government, greet the Patriarch of the Bulgarian Orthodox Church. In subsequent encounters during Kirill’s visit, when he met, respectively, Bulgaria’s Prime Minister, Speaker of Parliament, and President, none repeated Yotova’s striking obeisance.

It may be that a lay person is not familiar with every detail of state protocol, including when it comes to receiving foreign clergy. Would a similar genuflection be made by a deputy head of state on receiving at Sofia Airport, say, the Archbishop of Canterbury or the Roman Catholic Pope? For that matter, does Russian president Putin drop to one knee on meeting Kirill? There is no evidence of it.

There was more. Amid the complexities of Russian-Bulgarian relations, and however much Tsar Alexander II’s Russian army are hailed in Bulgaria as liberators for their heroism at Shipka and other battles, not everyone in Bulgaria currently views Russia with untrammelled affection, not least – depending in an individual’s place in the political spectrum – for the September 1944 invasion that opened the way for the oppressive communist rule. For that matter, not everyone in Bulgaria likes Putin that much.

On March 3, Liberation Day, as celebrations were at their peak, word began to filter out on social networks and in some media that Bulgarian police had been paying calls on a few citizens and getting them to sign undertakings not to threaten Kirill. One of the recipients of such a visit posted footage on Facebook about it.

Confirmation of the visits came in a brief statement in the afternoon from the Bulgarian Interior Ministry press centre. It said that the ministry had received a report “containing specific data about threatening comments posted on social networks about Russian Patriarch Kirill”.

According to media reports, one of those warned was a Teodor Spassov, who had posted critical comments on Facebook in response to an interview given by Kirill to public broadcaster Bulgarian National Television.

After the day brought more comments from Bulgarians on Facebook, querying whether the police action indeed had been lawful or asking whether Bulgaria’s constabulary routinely responded to nasty comments on Facebook, there were leaks to some media on March 4, alleging that one of the comments that had attracted official attention included one saying the individual intended meeting Kirill with a Makarov pistol, and another – reportedly posted by a local cleric – that would he would meet Kirill with a silver bullet. The latter, the cleric, told the media that he had been joking. Obviously, the authorities did not regard this as a joking matter.

Also weighing on matters of protocol was Goran Blagoev, a historian and presenter of the “Faith and Society” programme on Bulgarian National Television. Blagoev, himself an Orthodox Christian, is no stranger to controversy; some time ago, the Bulgarian Orthodox Church, in a gesture of disapproval of his handling of his weekly programme on religious affairs, barred its clergy from appearing on it.

Blagoev’s target for criticism was not the church, either Russian or Bulgarian, but the conduct of the head of state. According to him, head of state President Roumen Radev had breached protocol by absenting himself from the traditional morning March 3 flag-raising parade in Sofia, to go to Shipka Peak. Blagoev said that no president before Radev had broken this protocol in this way, leaving the Defence Minister to be the main actor in this state ceremony.

Not even then-president Georgi Purvanov, hosting Putin on a March 3 visit some years ago, had broken this protocol, according to Blagoev.

In 2018, Radev was on Shipka Peak – as was the Speaker of the National Assembly, normally the most senior state office-bearer to attend that ceremony. Standing close to Radev, among other VIPs, was Kirill, leading to the suggestion that his presence explained Radev’s presence.

These are, of course, matters of law and of protocol, respectively (Blagoev also criticised Yotova’s kneeling in front of Kirill; that gesture did not recall the honour and sovereignty of the state she is meant to represent, in his opinion).

These incidents may not resonate with all Bulgarians, who rightly may be expected to have as their main focus the celebrations of Liberation, not whether Bulgarian politicians overdid it in fawning over the Russian Orthodox Church Patriarch.

They might rather have heard, or solely paid attention to, the outcomes of the meetings that Kirill had with Bulgaria’s leaders.

Prime Minister Boiko Borissov, at his March 3 meeting with Kirill, told him: “We have wonderful relations between the two nations and your presence today confirms this, for which I thank you”. Borissov also expressed thanks for the congratulations on the national day that he had received from Putin and from Russian prime minister Dmitry Medvedev.

Borissov, however, made Kirill a bit grumpy but mentioning that not only Russians had taken part in the decisive battles. Romanians and those from Finland were among those Borissov mentioned. This departure from the narrative made, as Kirill reportedly told reporters as he reached Sofia Airport, well, yes, a bit “grumpy”.

Kirill said, according to a Bulgarian government statement, that in the Russo-Turkish War, Russia was led by the understanding that Bulgarians were a fraternal, Orthodox people, and not by political aims.

On March 4, in talks with Kirill, President Radev said that the Bulgarian and Russian peoples were connected by deep spiritual and cultural ties, to which the Orthodox churches of both countries contributed.

Radev expressed the highest respect for the participation of the Russian Patriarch in the solemn celebration of the 140th anniversary of the Liberation of Bulgaria, emphasising that Bulgarians keep in their memories the Russo-Turkish War of Liberation of 1877-1878 and that Bulgaria respects the memory of the warriors who died for its liberation.

“Just as the church fights for the soul of every man, we are also grateful for the memory of every warrior who fought in the Russian army under Tsar Alexander II’s flag and died for Bulgarian freedom, regardless of his nationality,” Radev said.

Kirill, in turn, expressed appreciation for Radev’s role in “preventing the replacement of the historical truth in Bulgaria about the Liberation War”.

“The memory of the heroic struggle of the Russians and Bulgarians for the liberation of Orthodox Bulgaria is a special page in the history of our peoples. And that is why I would like to ask you and the Bulgarian institutions to maintain this memory, regardless of the political situation,” Kirill said, according to the President’s office.

Kirill’s visit was ending on March 4, and perhaps his hosts were glad of the positive messages and none too worried by any controversies, perhaps only of concern to some Bulgarians and not all.

Both Radev and Borissov, irrespective of their differing political backgrounds, have spoken of hopes for improved relations with Russia. After Russia’s presidential election on March 18 2018, the outcome of which has been left in no doubt, it is possible that Putin will visit Bulgaria. In a way, Kirill’s time in Bulgaria these days of March has been a dress-rehearsal; there will be the same positive messages, the same assertions of a fraternity born of history, and no doubt, controversy too. 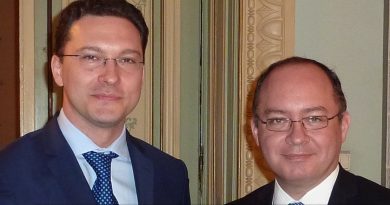 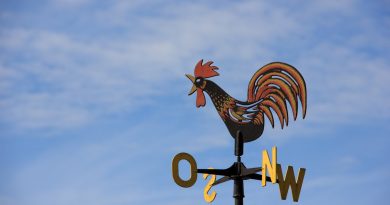 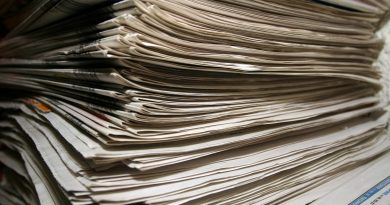