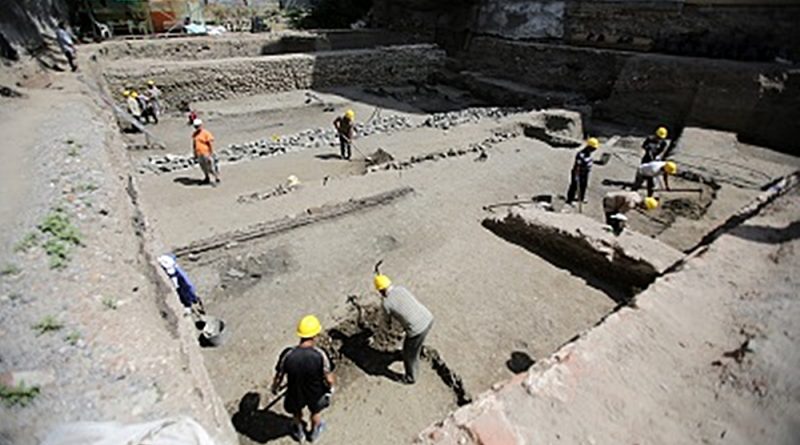 Parts of the northern fortress walls of Serdica, an ancient name for Sofia, have been discovered by a team of archaeologists from the city’s Regional History Museum, Sofia municipality said on August 8.

The find was made on private property on Exarch Yosif Street in the centre of the Bulgarian capital city.

Serdica was very solidly reinforced, with the system of fortification walls beginning to be built as early as the second century CE.

A preserved section was discovered from the main fortress wall as well as from the outer second fortress wall, called proteihism, which is extremely well preserved with a length of about 30m and a height of about 2.5m, Sofia deputy mayor Todor Chobanov said during an on-site inspection of the archaeological dig.

During the exploration of the site, a coin-cutting matrix from the time of Emperor Septimus Severus, a figurine of Eros with a torch, a patera (used for religious purposes, a special type of circular dish with a handle, with a pig’s head), among other items, were found, which will be exhibited at the Sofia Regional History Museum. Archaeologists noted that the patera was unusual, because such vessels usually were decorated with heads of predators or horned creatures – not with pigs.

Plans are for a hotel to be built on the site, but the project is being held off pending archaeological excavations.

Financing from the Sofia Municipality this year is enabling continuation of the archaeological dig at the site of the Neolithic settlements in Slatina, where some of the largest dwellings of the Neolithic period, of an area of ​​about 300 sq m, have been found.

Work is also underway near the village of Mirovane in Sofia, where one of the most notable Roman villas with a massive fortress wall is located.

“These are important sites for the city that give us a picture of life in ancient Sofia from different eras. Our big mission is to study and preserve the cultural heritage of our city,” Chobanov said. 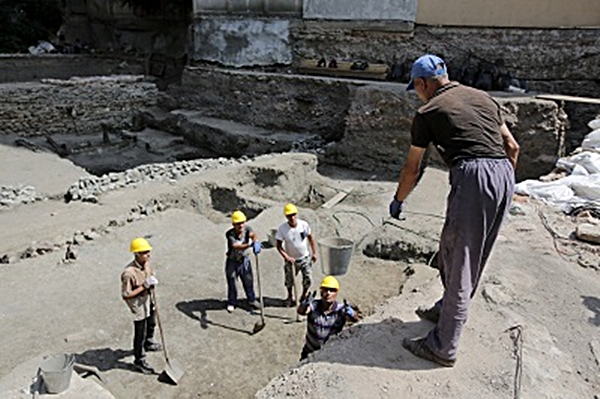 Poll: Support for Bulgaria joining euro rose to 54% over past year