Hours before the summer dusk gathered, once again, a ceremony of commemoration was held for the victims of the 2012 terrorist attack at Bourgas Airport on Bulgaria’s Black Sea coast, in which five Israelis and a Bulgarian were murdered by a suicide bomber.

Seven years have passed, this July 18 2019, since the carnage inflicted in – as an international investigation led by Bulgaria established – a terrorist attack against Israeli tourists by the military wing of Hezbollah.

That investigation led to the military wing of Hezbollah being declared a terrorist organisation by the EU of which Bulgaria is a member. The trial of the accused of the terrorist attack, in absentia, continues in its desultory, much-postponed, way.

In the parking area of Bourgas Airport, where the memorial to the murdered stands, the 2019 ceremony proceeded, with prayers, the lighting of candles, the mourning, all behind a wall of tight security.

Rabbi Yosef Salomon said prayers for those murdered in the terrorist attack, the only one of its kind in recent decades in Bulgaria, an attack that failed in its murderous intent, the slain and the dozens of wounded notwithstanding. Since that bleak day in July 2012, co-operation between Bulgaria and Israel in security has strengthened; and in spite of the pick of a soft target, the number of tourists from Israel to Bulgaria has gone up, not down.

A report by Bulgarian National Radio from the seaside city quoted the State of Israel’s ambassador, Irit Lilian, as saying that in the attack, the lives of six families had changed forever and “Bulgaria has changed forever”.

Israel and Bulgaria are an example of a change that promotes security, ambassador Lilian said. “The international community has to send a message that it is ready to fight terrorist organisations and the states that encourage them, especially Iran,” she said.

Addressing those in attendance, including senior regional and municipal officials, as well as representatives of the leadership of the Bulgarian Jewish community, Bulgarian Transport Minister Rossen Zhelyazkov, representing the Bulgarian government, said: “Terror has no religion, it has no sense, it has but one goal – to create fear and hesitation in the efforts to create security”.

In a report on July 18, the Jerusalem Post said that families of the victims called for Hezbollah to be charged for terror in Bulgaria in connection with the 2012 murders.

In his speech, Kobi Price, one of the family members, noted that “three years ago… four years after the attack, the criminal trial opened” and in the indictment, only two attackers were charged.

“We the mourning families ask the Government of Bulgaria to rise above narrow political considerations and to add the terror organization Hezbollah to the indictment without delay,” said Price.

“We the mourning families ask the government of Bulgaria to rise above narrow political considerations and to add the terror organisation Hezbollah to the indictment without delay,” said Price. 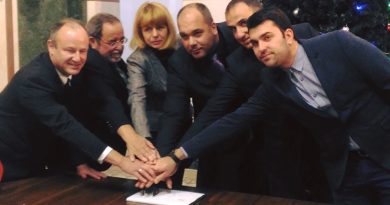 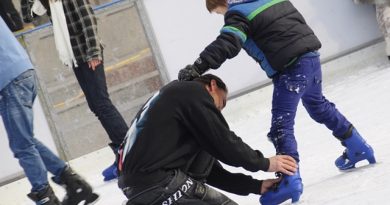