Bulgarians appear to have taken to preferential voting with a passion, with more than third who voted in the country’s October 5 elections using their right to re-arrange the order of candidates of the party of their choice.

Going by provisional figures released by the Central Election Commission, about 34 per cent of those who voted exercised preferential voting – more than 1.1 million people.

Preferential voting was brought into Bulgarian law by the rewritten Election Act that was approved in March 2014.

Voters’ first chance to use it was in Bulgaria’s May 2014 European Parliament elections, with the most celebrated case involving the Bulgarian Socialist Party.

In the May vote, then-party leader Sergei Stanishev was shoved down the list to be replaced by the candidate who was 15th on the list. Momchil Nekov, hitherto obscure, became the toast of those amused by the BSP’s misfortunes.

Because the BSP’s ballot number in the May EP elections was 15, the party at the time sought to ascribe the phenomenon to voter confusion about how to use the system, implying that people had a mistake marking “15” twice only because they wanted to make it clear they were voting BSP.

However, whatever the truth of the BSP claims, in another case in May, it seemed that no mistake was involved.

On the Reformist Bloc ballot, voters for the centre-right alliance of five parties displaced the number one candidate on the ticket, Meglena Kouneva, replacing her with Svetoslav Malinov, who had been second on the list. With the bloc winning only one MEP seat, it went to Malinov.

Before Bulgaria’s October 5 2014 National Assembly elections, voter education about the use of preferential voting was stepped up.

Whether this voter education did not work, and the claimed “15/15” phenomenon of misunderstanding was repeated, or whether Bulgarians leapt at the chance to put people in Parliament other than those the parties pushed at them, may be a matter for asking 1.1 million people individually (given the secret ballot, a task approaching the impossible, barring professional exit polling).

This time around, the phenomenon has affected other parties.

Reports after the elections and the first round of processing of ballots noted that centre-right party GERB, winner of the most votes, had experienced the “9/9” phenomenon.

GERB’s ballot number was 9, and candidates who were ninth on GERB lists tended to benefit from preferential voting.

You get the idea, but it may be added that number nine candidates also ascended in GERB candidate lists in Plovdiv district, Sliven, Sofia district, Stara Zagora and Haskovo. And in Varna, Vratsa and Shoumen.

In Vratsa, preferential voting dislodged GERB’s Totyu Mladenov from his number two spot on the candidate list, meaning that the former cabinet minister in the 2009/13 Borissov government may not be entering the 43rd National Assembly, unless it is to go to the visitor’s gallery.

It has been said that 13 is lucky for some, but in the case of GERB and Bulgaria’s October elections, it was the number nine.

The BSP was not exempt from, in its case, the “22/22” phenomenon, but it was not as widespread – but allow for the fact that in some places, the BSP did not field as many as 22 candidates.

After the “15/15” trauma, the BSP had banned its candidates from campaigning for preferential votes – a ban that was not entirely successful.

Georgi Kadiev, who has something of a track record as an internal party maverick and public critic of the BSP’s leadership, had been relegated fairly low down on the party’s list in the 23rd electoral district in Sofia. But as it happened, Kadiev was put ninth on the list, and with more than 5800 preferential votes, rose to second place.

In Stara Zagora, the leader of the local BSP youth, Diana Mihaleva (number 22) went from 22nd to second place.

In the case of the BSP, at least some of the preferential votes were conscious choices, with – for example, candidates who were fourth, fifth and even 12th on various lists catching the lift, if not to the top floor, but somewhere close.

Reformist Bloc voters in Sofia’s 23rd electoral district moved Martin Dimitrov, former leader of bloc constituent party the Union of Democratic Forces and a candidate from the bloc’s “civil quota” up the list.

Media reports said that GERB would seek to have a quiet word with some of the number nines so favoured to withdraw from the giddy heights conferred on them.

Such interventions from party leadership do not always succeed, in Bulgaria’s limited experience of preferential voting. In the case of the BSP in May, Nekov declined to relinquish his number one spot. Fortunately for Stanishev, later ousted as BSP leader, his party had just enough seats for Stanishev to be able to take up a seat.

With more than 1.1 million voters having exercised a preferential vote, it may be difficult to attribute this to a third of Bulgaria’s electorate who turned out not understanding the system. Especially given that not all cases were “15/15” but involved preferential voting for candidates whose number on the list was not the same as the party’s ballot number.

Genuine preferences or even protest votes could go some way to explain the phenomenon. Perhaps, as Hristo Stoitchkov once put it in another context, it’s 50/50. 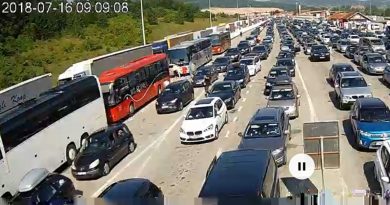