Bulgarian Traffic Police found 212 motorists driving over the legal blood-alcohol limit and 48 who had used narcotics during a special operation from June 3 to 9, the Interior Ministry said.

The operation was part of an EU-wide campaign by the European Network of Traffic Police, Tispol.

Bulgaria’s Traffic Police checked 20 807 motorists during the operation, the ministry said in a statement on June 11.

Comparing the June 2019 operation with a previous one in December 2018, the ministry said that in the previous one, 19 624 motorists were checked, 204 were found driving drunk and 42 were at the school after using illegal drugs.

During the June 2019 operation, nine wanted persons were found and two cases of stolen goods were detected.

The operation found 286 cases of driving without the compulsory third-party liability insurance. A total of 480 motorists had their driving licences suspended because of unpaid fines.

A total of 3100 motorists were fined for various offences, as were 237 passengers.

Bulgaria has the second-highest road death rate in the EU, according to the most recent statistics for the bloc. Drink-driving is one of the major causes, along with speeding and reckless overtaking. 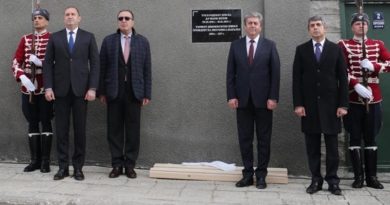