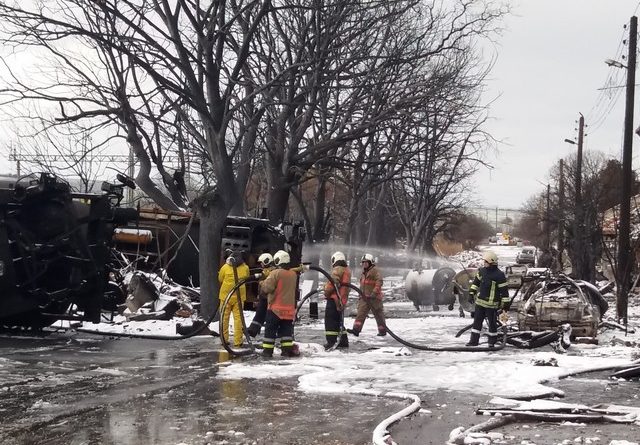 The people of Bulgaria’s north-eastern village of Hitrino, which was hit by a devastating gas tank transport train explosion on December 10, are unlikely to be able to return home soon.

A full evacuation was ordered in the hours after the explosion, which left seven people dead, close to 30 seriously injured and which destroyed 26 houses and other buildings.

It was expected that on December 14, the removal of the gas tanks that have been emptied in recent days would begin.

On the night of December 13, a total of 15 containers to be used as temporary accommodation arrived in the nearby village of Timarevo. The mayor of Hitrino has requested 23 such containers.

The container homes, brought from southern Bulgaria by fire safety staff, each have a pantry and kitchen and two rooms that can accommodate families. 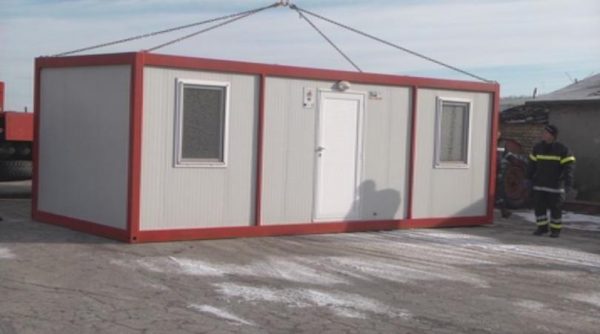 On December 14, Interior Ministry chief secretary Georgi Kostov urged people not to attempt to cross the perimeter into the sealed-off village because the situation was still dangerous.

Interior Minister Roumyana Buchvarova, speaking in the morning at what has become a regular twice-daily briefing, said that the first phase of work currently was plug the most dangerous tank, which continued to leak gas.

National fire chief Nikolai Nikolov said that it not advisable now to try to estimate when people would be able to return.

“Most important is to minimize the risk, stopping the gas. If we can do that, we’ll start with the remaining operations for the removal of wagons,” Nikolov said.

Boiko Borissov’s GERB party has set up a fund, with an initial 50 000 leva, and is to build a house as a donation to assist the people of Hitrino, parliamentary group leader Tsvetan Tsvetanov said on December 14. If more money was needed for housing, GERB’s MPs were ready to commit to that, he said.

The opposition Bulgarian Socialist Party said on December 13 that it would donate 40 000 leva to aid the people of Hitrino.

Energy distribution company Energo-Pro will restore the destroyed services to houses and will donate 10 000 leva in cash.

The Bulgarian government, which earlier voted 10 million leva to aid Hitrino, said on December 13 that the European Commission would provide 20 million leva assistance.

Fund-raising initiatives have been set up by the Muslim and Jewish communities in Bulgaria.

The Bulgarian Red Cross said that by 9am on December 14, it had received a total of 1 347 869 leva in donations to its fund-raising campaign for Hitrino.
On December 13, Bulgarian National Radio reported that Construction Chamber head Nikolai Stankov had announced that the chamber would build 10 houses free-of-charge for people who had lost their homes in the blast. The Construction Chamber also has set up an account for donations. 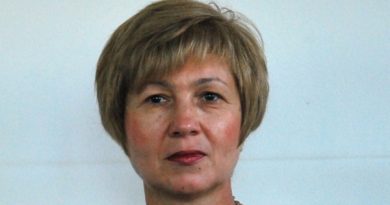