A total of 792 cases of measles have been registered in Bulgaria since February 12, Professor Todor Kantardzhiev, director of the National Centre for Infectious and Parasitic Diseases, told Bulgarian National Radio on May 30.

“Today the psychological barrier of 800 cases, which is a lot, will be passed,” Kantardzhiev said.

He said that as of May 29, of the total, 272 were in Sofia, the city and the district, and 156 in the district of Blagoevgrad. The outbreak in Sofia was the largest so far.

There were 260 cases in Samokov and Ihtiman, though the rate was decreasing.

Kantardzhiev said that disturbingly, the May 29 data showed already 76 to 77 cases in the Kyustendil district, in the region of Dupnitsa.

Measures were being taken to stave off the outbreaks reaching an epidemic.

He said that there should be active efforts to establish which children below the age of eight had not yet been vaccinated for measles, mumps and rubella (MMR).

Tests at the National Reference Laboratory had established that in more than 30 cases of measles in children, although records showed that they had been vaccinated, they had not.

There were four things that had to be respected in order to overcome the measles problem, he said.

First, children younger than eight should be vaccinated. Second, the risk of contamination could be reduced by avoiding enclosed indoor spaces, by proper ventilation and by being outdoors.

Third, people who have immune deficiencies and children who had not been vaccinated were most at risks.

Fourth, a person who had been abroad should in the first week avoid meeting relatives, especially babies younger than 15 months who had not been vaccinated.

Currently, the number of measles cases in Bulgaria is more than 40 times the number at the same time last year. The May 29 figure is hugely up from the 46 reported by the Health Ministry on February 26. 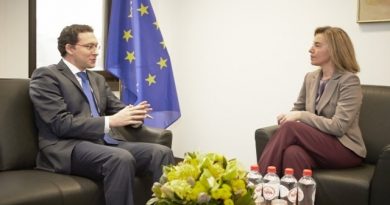 Covid-19 in Bulgaria, April 27: From figures to fibs