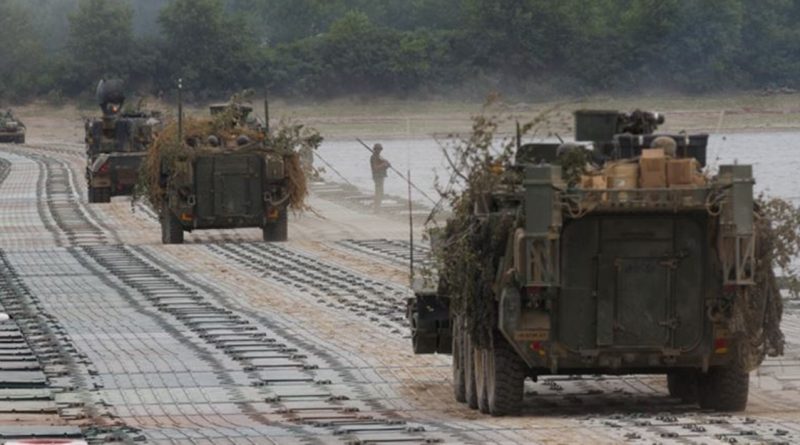 Military vehicles and equipment will be on the move through Bulgaria until July 3 to take part in various exercises, the country’s Ministry of Defence said.

The vehicles and equipment will be taking part in the exercises Saber Guardian 2019, Shabla 2019, Strike Back 2019 and Swift Response 2019.

National road and rail infrastructure will be used for transporting the formations, Bulgaria’s Defence Ministry said.

The Defence Ministry called on the public to comply with the security measures of Bulgaria’s military police, which will escort the columns.

Saber Guardian 2019 is an exercise co-led by Romanian Land Forces and US Army Europe, which takes place from June 3-24 at various locations in Bulgaria, Hungary and Romania. Included among the many different training events in Saber Guardian 2019, there will be vehicle road marches, medical exercises, multiple river crossings and an air assault.

Shabla 2019 is a Bulgarian national exercise taking place from June 4-14 in Shabla, Bulgaria.

Swift Response 2019 is a US Army Europe-directed exercise led by the US Global Response Force and taking place from June 11-24 at various locations in Bulgaria, Croatia and Romania.

Swift Response 2019 will demonstrate the strategic employment of the GRF and validate US European Command’s ability to send high readiness forces into a designated area while advancing airborne interoperability among Nato allies, US Army Europe said.

400 doctors have quit Bulgaria since start of 2014 – medical association