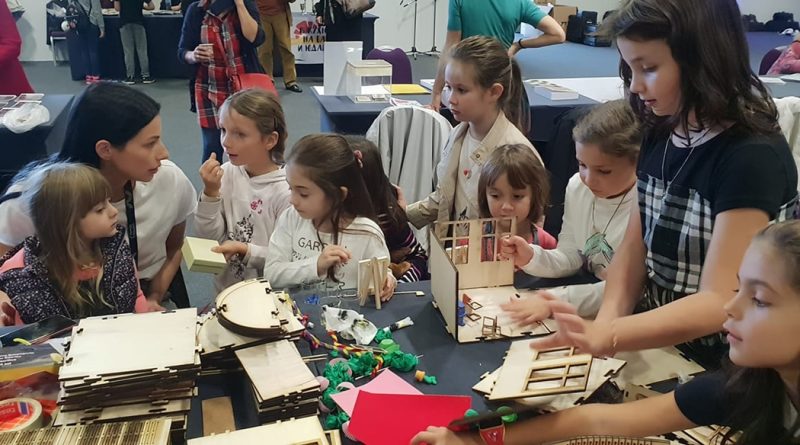 On the morning of September 15 2019, a bell will peal to signal the opening of the first Jewish school to be inaugurated in Bulgaria in many decades. Present will be the man for whom the school is named: Ronald S Lauder, the Jewish philanthropist whose foundation has helped to make it all possible.

That pealing bell – traditional at the September opening of the school year in Bulgaria – will signal the culmination of more than two years of efforts by members of Bulgaria’s Jewish community, with vital assistance from the Ronald S Lauder Foundation and the American Jewish Joint Distribution Committee.

Before growing into a school teaching all 12 grades, the Ronald S Lauder Day School in Sofia will have an initial two pre-school groups and five grades, with 88 pupils in all, nineteen in the first grade.

Also in its initial phase, the school will use a building on temporary basis, before moving on to a purpose-built high-tech building in the Bulgarian capital. Even in its temporary accommodation, the school still will able to grow by a further 40 pupils at the start of the 2020/21 school year.

The school will be private. The planning team extensively researched what fees would be appropriate, and notably, of the first pupils, 22 have scholarships.

Residents of Sofia will know of the existing school commonly referred to as the “Jewish school”. That school evolved from earlier antecedents, opening in the 1950/51 year and officially designated in the 1990s as a state school that also teaches pupils Hebrew as a foreign language. That school, the 134th School Dimcho Debelyanov, has been supported by the Lauder Foundation and World ORT, but the impetus arose for a genuine Jewish school apt to the needs of the community.

Becca Lazarova, director for Bulgaria of the Ronald S Lauder Foundation, explained why the foundation was supporting the new project.

With the support of the foundation, the 134th School had been teaching Hebrew for two decades and had successfully carried out training of teachers in Hebrew and Jewish traditions. “During the past 20 years, we achieved many targets, but this is not the ‘Jewish school’ that can lead the Jewish community of Bulgaria to further development and enhancement.”

Bulgaria was in the focus of the foundation’s policy of dedication to the Jewish communities in Europe, she said. Building a new contemporary and high-tech facility, while creating educational excellence, the Organization of the Jews in Bulgaria “Shalom” in active partnership with the foundation team “intends to establish the school as a natural educational and cultural centre of local Jewish life and a pillar for the prospects of the community”.

The launch of the new school was crucial to bringing sustainability to the Jewish people in Bulgaria Lazarova said.

Associate Professor Alexander Oscar, President of Shalom, said that there were two main reasons for the establishment of the new school.

First, the Bulgarian Jewish community had reached a stage that required a more profound attitude towards Jewish education. In recent years, for various reasons, the community’s children had very limited opportunities to study Jewish tradition and culture.

Further, in recent years, matters had been aggravated as parents of pupils at the 134th School had been deeply troubled by other pupils expressing support for the Lukov March, the torchlit parade held in February in Sofia, that draws neo-Nazis from various parts of Europe in tribute to a pro-Nazi Bulgarian general who led the Union of Bulgarian National Legions at the time Bulgaria was allied to Hitler.

“You understand that under such circumstances, we cannot call this a Jewish school,” Dr Oscar said.

He added that there had been a steady decline in the Hebrew quota at the existing school, while there had been a problem with the admission of children from Israel on the grounds that they do not know Bulgarian.

Second, there had been complaints about a decline in teaching standards and communication with the leadership of the school had not been proving effective.

The catalyst for the new Jewish school project in Sofia was when the Ronald S Lauder Foundation proposed to Shalom’s leadership to visit the Jewish communities in Helsinki, Prague and Athens to see how the communities there dealt with education.

The idea that arose, of the Bulgarian Jewish community getting a proper school of its own, won immediate support from the Lauder Foundation and from American Joint. In summer 2017, the target date of September 2019 for the opening was set. Since then, there has been a series of internal meetings, teacher-staff seminars, the process of recruiting the head of the school and the teaching staff, and, hardly the least important, the first meetings with parents of pupils of the future school.

Julia Dandolova, chief executive of Shalom, said: “Being part of literally every aspect of building the school from scratch was for me both challenging and extremely rewarding.

“The entire process: coming up with a concept, bringing together a team, interacting with the advisory board of the educational foundation, choosing a principal, agreeing on a teaching methodology, talking to parents, even tackling administrative red tape in the past couple of years – it required a lot of work and a lot of faith in the successful outcome of the project. We managed to create a professional team, each and every one of whom believes in the mission of the school and value-based learning,” Dandolova said.

The Ronald S Lauder Day School will be offering 10 hours a week of Hebrew and Jewish experiential learning. One of the main missions of the school is to give high-quality education to future active life-long learning members of the Jewish community.

The main values, that will be taught to children through a formal and informal type of education, are Tikkun Olam – the Jewish philosophy of “Heal the World” – within the community, and for causes that affect the society. Freedom and respect towards one another, the environment, and this is also a value that will be aimed at the children – their opinions, personal skills, and creativity will be encouraged. 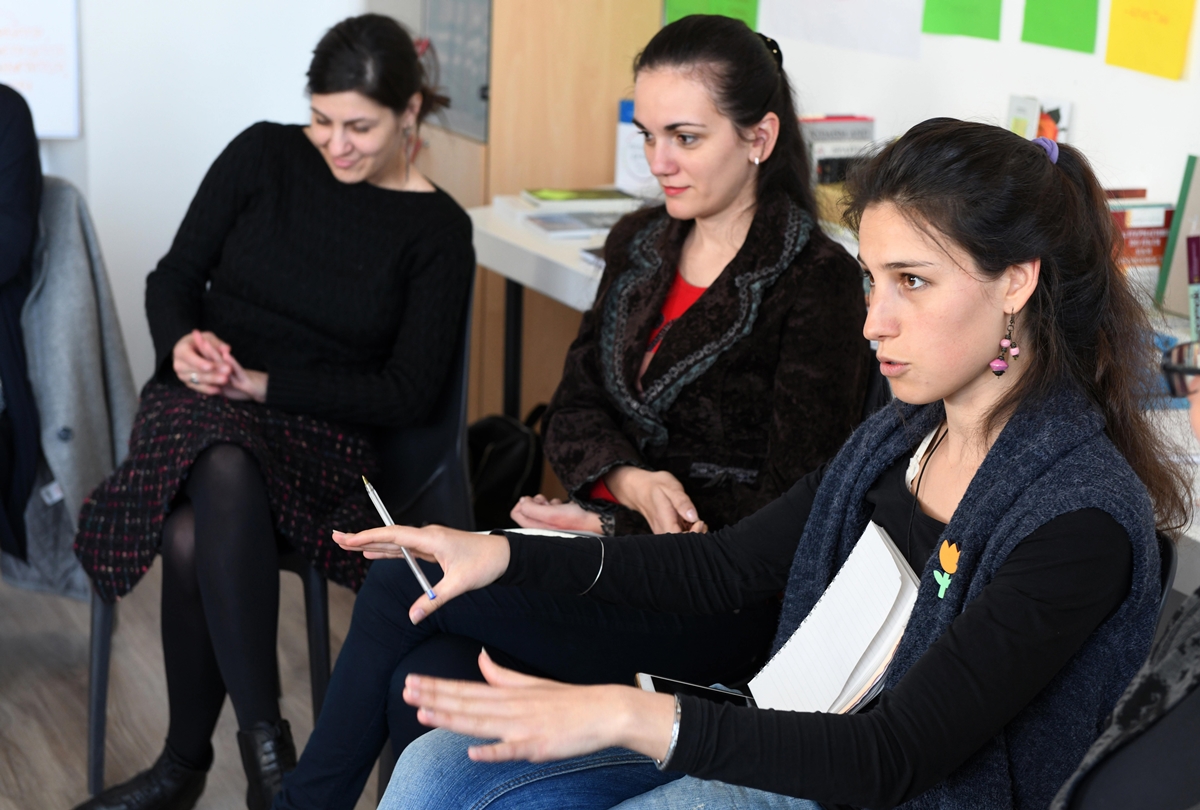 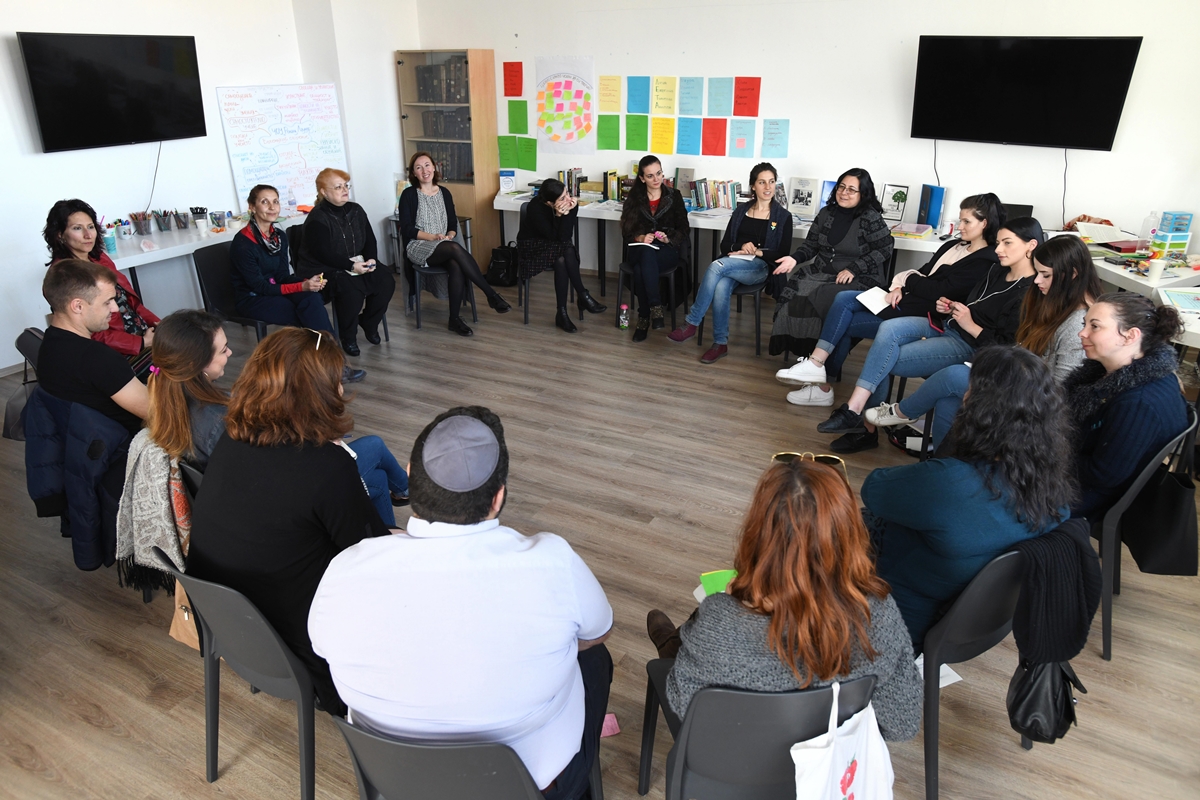 Vanessa Cameron, Educational Co-ordinator, said: “The value-based approach to education we aim for creates a strong learning environment that enhances academic attainment and develops social and relationship skills. It prepares students for their future roles in the community and the society and supports them in their personal growth as individuals.

“We believe the school environment should support and enrich the learning process. The surrounding is used as an ally and a teacher. We co-construct the environment, which includes the physical space, as well as the relationships among people, use of materials, rules, and schedule. We create a safe, accessible, and engaging space in which students fulfill their potential.

“We strive to achieve excellence in secular education, as well as to provide meaningful Judaic education. Students have the opportunity to acquire Judaic knowledge and experiences, to explore their personal Jewish heritage, and develop a sense of belonging to the community. That takes place within the Jewish Studies and Hebrew language curricula, community projects and informal education,” Cameron said.

At the new school, every month will be devoted to learning a specific value, which will be incorporated into the various classes. Jewish holidays will be celebrated, and Shabbat ceremonies held. 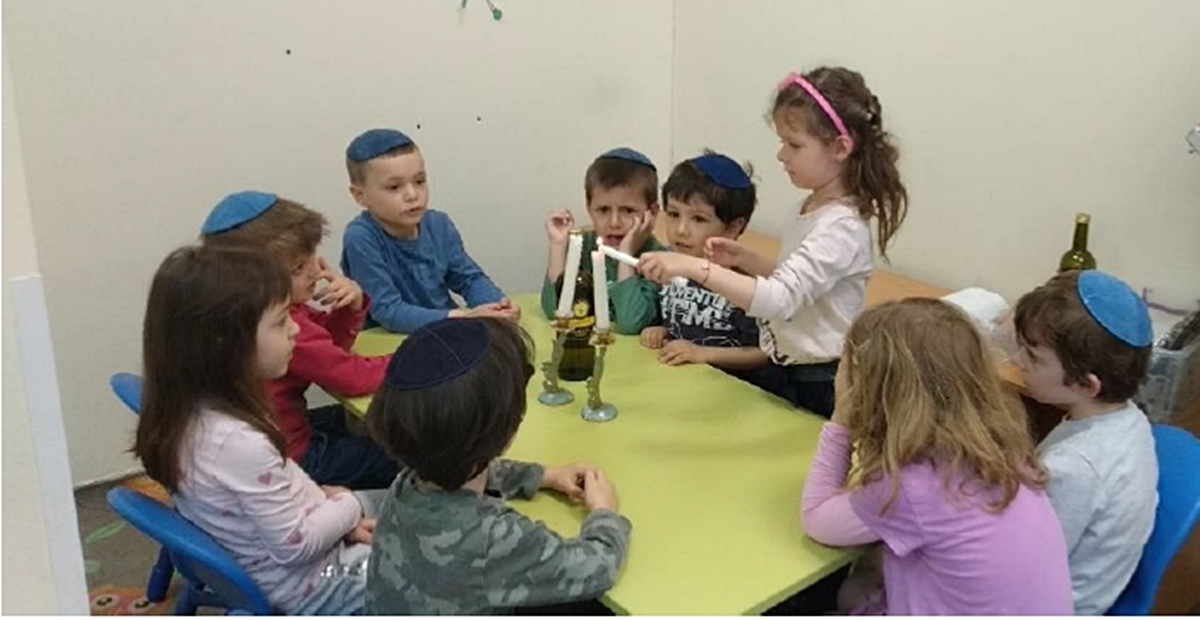 As to the road ahead in terms of support for the school, Lauder has made a long-term commitment, for now covering 65 per cent of the budget, but which will proportionately decrease over time, as the number of pupils and the needs of the school grow. American Joint is putting in about 15 per cent.

In the words of the foundation’s Becca Lazarova: “Grounded on 30 years’ experience of operation in Europe, the Ronald S Lauder Foundation shares the deep conviction that the new Jewish school will be a success”. 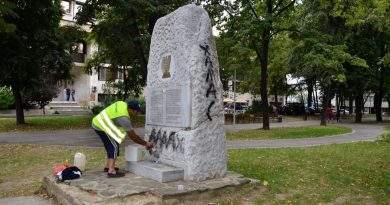