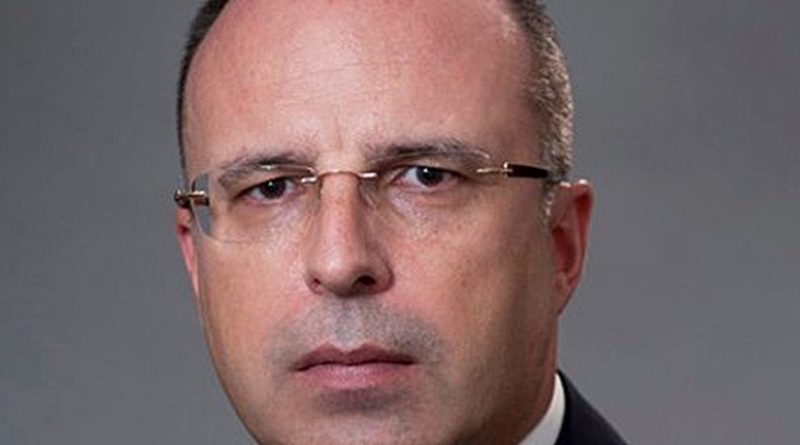 Bulgarian Prime Minister Boiko Borissov has accepted the resignation of Minister of Agriculture, Food and Forestry Roumen Porozhanov, the government information service said on May 14.

Porozhanov said that he resigned because he did not want the attacks on him to affect the work of the government, according to the statement.

“I think I have made every effort to work successfully in one of the largest ministries,” Porozhanov said. “There are a lot of problems in the sector and certainly not all of them are solved, but everyone has been trying to find a balanced and fair solution.”

He said that the results in the development of the agricultural sector “clearly show an upward trend”.

Porozhanov’s resignation follows a succession of controversies, including an investigation by the Prosecutor’s Office into alleged abuses of EU funds in the State Fund Agriculture of which he was in charge. Throughout the controversies, Porozhanov has denied wrongdoing.

More recently, there was further controversy following reports that the anti-corruption commission had found a “discrepancy” in a statement of assets filed by Porozhanov. The commission had given him time to correct this.

Porozhanov’s name also was in the headlines in early May 2019 when he was summoned by prosecutors as a witness in criminal proceedings against business person Minyu Staikov in connection with alleged misappropriation of EU funds. Prosecutors allege that companies related to Staikov unlawfully used funds from European agriculture programmes.

On May 3, the Prosecutor’s Office initiated an investigation involving Porozhanov in connection with alleged abuses of EU funds for guest houses, through rural development funding.

In April, investigations began into alleged abuses of EU rural development funds for developing guest houses, following media reports that the funds had been otherwise than as intended. At the end of April, Porozhanov announced that by that stage, 110 guest houses – 18 per cent of those built with EU funds – had been checked.

Fines of more than 10 million leva had been imposed and in the case of 32 of the houses, a full refund had been requested from the recipients, while partial refunds had been demanded in other cases.

Since early 2019, Borissov’s government has been caught up in controversy, starting with reports about the acquisition of real estate at allegedly cut prices by politicians linked to the ruling majority. These reports and subsequent official investigations have led to a number of resignations from elected office.

Opinion polls have shown that the succession of controversies over real estate has damaged Borissov’s GERB party in the run-up to Bulgaria’s May 26 2019 European Parliament elections.