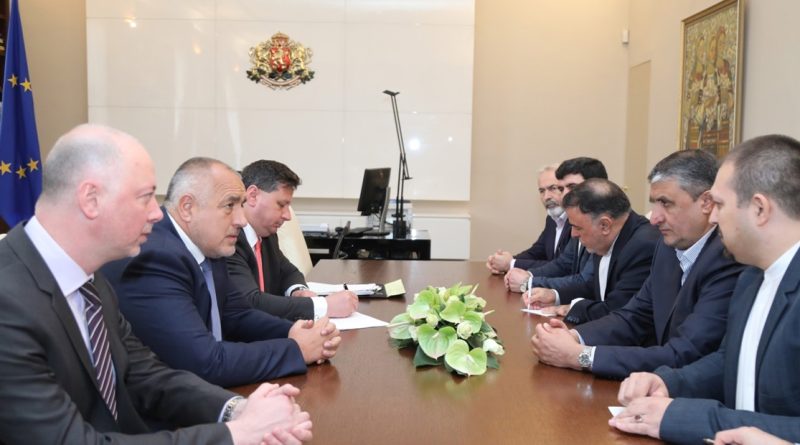 Eslami is in Sofia for the 19th session of the Bulgarian-Iranian intergovernmental commission for economic, industrial, trade and technical co-operation. A Bulgarian-Iranian business forum is to be held, the statement.

The visit comes a day after Borissov’s Cabinet approved a draft memorandum on economic co-operation with Iran.

The statement said that Borissov described Iran as a “traditional partner” in the Middle East region “and our country attaches great importance to the development of relations between us”.

Borissov said that traditional good co-operation in the field of transport needs to be stepped up.

“Bulgaria and Iran co-operate in all modes of transport. The Bulgarian side welcomes the continuation of discussions on the opportunities for developing a transport corridor between Greece – Bulgaria – Black Sea – Georgia – Azerbaijan – Armenia – Iran, which creates opportunities for efficient and reliable freight traffic between the Middle East and Central and Eastern European countries”.

He said that this transport link will contribute to the growing trade potential in the two regions and to the provision of transit traffic from and to the Far East.

At the meeting, it was emphasised that the priority for both countries remains the deepening of the contacts in the sectors of IT, tourism, youth and sports, and energy, the statement said.