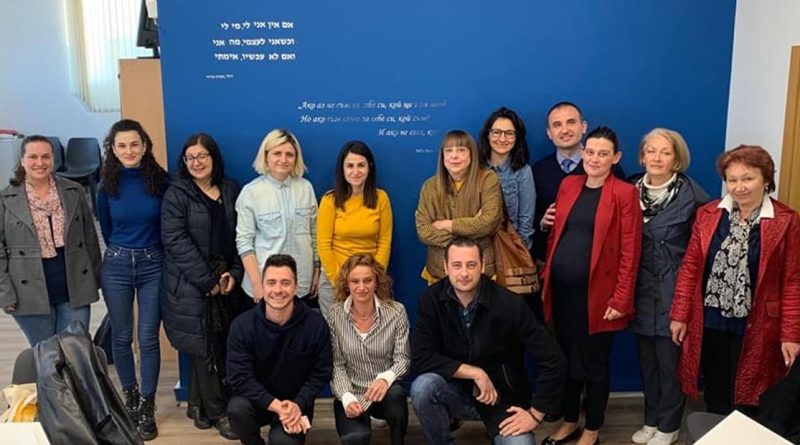 NGOs that have signed the memorandum “Together for Bulgaria. Together for Europe” have held their first working meeting, hosted by the Organization of the Jews in Bulgaria “Shalom”, as a step against hate speech, antisemitism, homophobia and other prejudices.

In the discussion, moderated by Shalom president Associate Professor Alexander Oscar and Central Israelite Religious Council president Sofia Cohen, participants shared their experiences in the areas in which they work.

The NGOs that so far have signed the memorandum are the Association of European Journalists Bulgaria, the Association of Families for Partnership in Psychiatry, the Bulgarian Fund for Women, Bluelink.net, the Bulgarian Helsinki Committee, Jamba – an organisation that connects people with diverse abilities to employers, the National Foster Care Association, the Bilitis Foundation, Marginalia, the Movement of Bulgarian Mothers, Maiko Mila, a support website for mothers, Sofia Platform, and the GLAS (Gays and Lesbians Accepted in Society) Foundation.

They discussed the need for partnership in the fight against hate speech, antisemitism, homophobia, prejudice against people with disabilities, and the need for specific changes in the legislative framework.

The topic of objective media coverage of issues of public importance and the key role and responsibility of the media in forming public opinion was also touched on.

“We all agreed that together and with concentrated resources we have better chances to achieve a real changes in public attitudes,” Shalom said.

At the next meeting, proposals will be discussed on ways to make the work of human rights organizations more visible, as well as presenting concrete examples of how they have contributed to improving the quality of life in Bulgaria.