The European Commission’s March infringements package, published on March 7, showed three new proceedings being launched against Bulgaria, with four existing cases taken to the second stage of the process.

The new infringement cases, where the Commission sent letters of formal notice, the first stage in the EU infringement proceedings, all concerned environment policy, an area where the EC has repeatedly taken Bulgaria to task over its failures to implement EU regulations.

In one case, Bulgaria was told to bring its domestic rules on environmental impact assessment reports in line with EU strandards as regards screening decisions, but also that monitoring of projects with significant adverse effects fell short of EU requirements.

Separately, Bulgaria was one of four countries in infringement of EU rules for failing to share any spatial data about their environment, under an EU directive that went into effect in 2007 – meant to create a Europe-wide set of spatial data to facilitate EU environmental policy and activities that have an impact on the environment – and due to be fully implemented by 2021.

In four existing cases, Bulgaria received reasoned opinions, which progress the infringement process to its second stage. Countries that fail to act on reasoned opinions within two months risk having their case reffered to the Court of Justice of the EU.

This included the existing proceedings on management of waste from extractive industries, where EU rules require that information on safety measures and the action required in the event of an accident related to extractive waste is reviewed and updated every three years. Bulgarian law does not reflect these provisions and with insufficient progress made since April 2017, the Commission said it was sending an additional reasoned opinion on the topic.

In a second case, Bulgaria was asked to fully transpose EU rules on technical roadside inspections for commercial vehicles, put in place as part of a EU roadworthiness package in 2014. The directive provides common rules for the technical roadside inspection of trucks, buses, heavy-trailers and speed tractors, but Bulgaria has not communicated to the Commission the national measures ensuring the complete transposition of the updated rules, the EC said.

In a third case, Bulgaria was one of 13 EU member states that did not fully implement EU rules on the rights, support and protection of victims of crime. These rules, agreed in October 2012, were to be fully implemented in national law by November 2016.

Finally, the Commission said it was taking further steps in infringement procedures against 26 member states, Bulgaria included, to ensure the full implementation of EU rules on the recognition of professional qualifications. 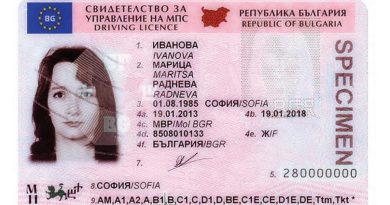 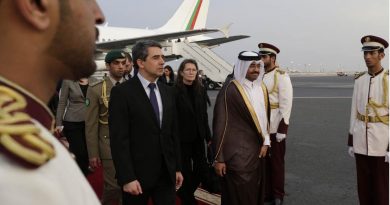