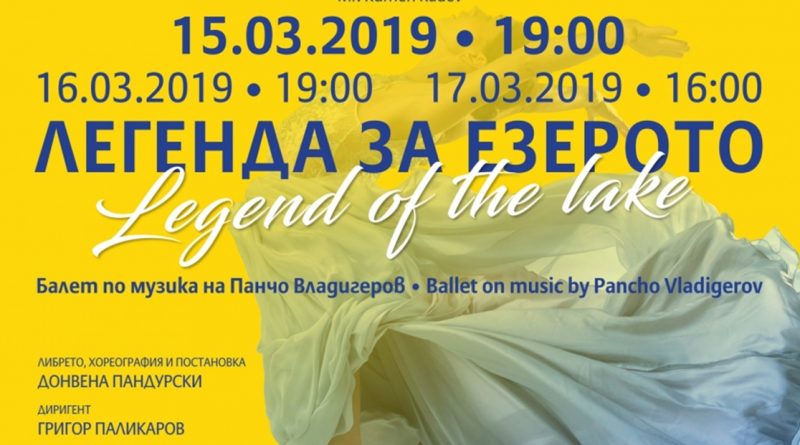 “Legend of the Lake”, a ballet to the music of renowned Bulgarian composer Pancho Vladigerov with a libretto by Donvena Pandoursky, premieres on March 15 2019 at 7pm at Sofia Opera and Ballet.

The work is being resurrected after a previous performance in 1962 and the performances in March 2019 celebrate the 120th anniversary of the birth of Vladigerov, Sofia Opera and Ballet said.

Born in Zurich on March 13 1899, Vladigerov moved with the rest of his family to Sofia in 1910 after the death of his Bulgarian father.

Vladigerov attended the Staatliche Akademische Hochschule für Musik in Berlin and after graduation, was appointed musical director of the Deutsches Theatre in the city.

In 1932, he returned to Sofia, where he was appointed professor of piano, chamber music and composition at the State Academy of Music, now named after him.

A prolific and highly influential composer, Vladigerov taught students who went on to become notable composers, including Alexander Raichev, Alexander Yossifov, Stefan Remenkov, and many others, as well as the pianist Alexis Weissenberg. He died on September 8 1978 in Sofia.