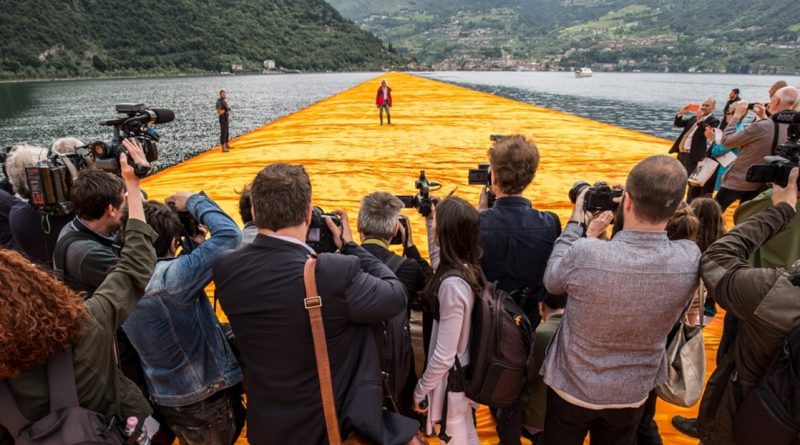 “Walking on Water”, Andrey Paounov’s documentary about Bulgarian-born artist Christo’s Floating Piers project, is to be shown on March 7, the opening day of the 2019 Sofia International Film Festival.

The screening is at 7.30pm in Hall 1 of the National Palace of Culture, NDK.

“Walking on Water” was presented for the first time at the Locarno Film Festival.

“The film is an immediate look at Christo’s artistic quests and personal relationships, famous for his large-scale installations. For the first time since the death of Jean-Claude, his wife and partner in the creative process, Christo decided to finish the project, which have started with her many years ago – “The Floating Piers“, the film festival’s website said.

In 2016, seven years after Jeanne-Claude’s death, this stunning, site-specific masterpiece – which allowed visitors to walk across a great stretch of water, and which was buoyed by polyethylene cubes draped in luminous yellow fabric – was finally cleared to be mounted on Italy’s Lake Iseo, which lies at the foot of the Alps. But securing a location proved to be only the first step in a tumultuous process of creative problem solving and prickly negotiations.

“Walking on Water gives us a rare look into the business of large-scale art production – and the sort of temperament required to bestow unto the world something that feels close to a miracle.”

Paounov is a director and scriptwriter, known all over the world for his documentaries. His debut “George and the Butterflies” won the Silver Wolf Award at the International Documentary Film Festival in Amsterdam, IDFA in 2004.

The premiere of “The Mosquito Problem and Other Stories” was in the prestigious “Critics’ Week” (Semaine de la Critique) at Cannes 2007.

Paounov’s third full-length documentary, “The Boy Who Was A King” was first introduced at the 2011 Toronto Film Festival programme and won the Jury Award for Best Documentary at the RiverRun International Festival 2012.

For details about tickets, please visit the film festival’s website. 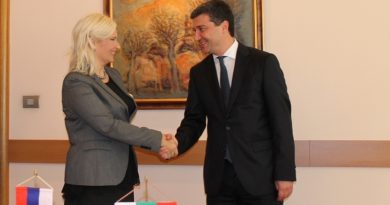