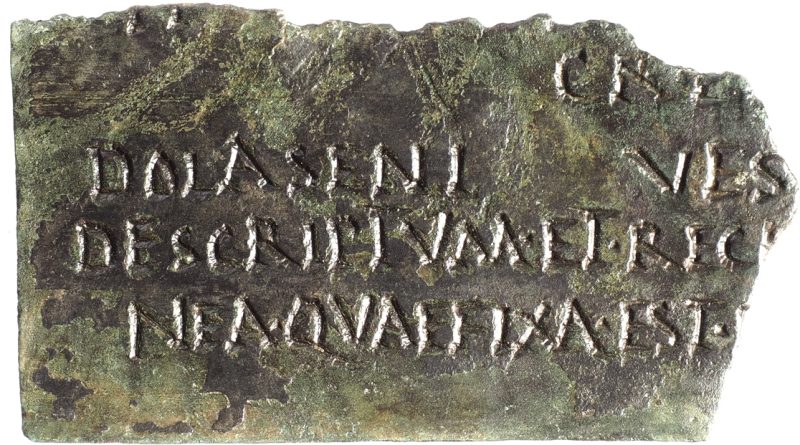 Archaeological finds discovered during the construction of Struma Motorway near Bulgaria’s village of Pokrovnik are among the items on display at the Bulgarian Archaeology 2018 exhibition at the National Archaeological Museum in Sofia, on from February 14 to April 14 2019.

The Struma Motorway project uncovered finds from the Roman and late antiquity eras.

Bulgaria’s Road Infrastructure Agency said that more than 2700 items had been found, including 1400 coins, ceramic vessels and metal objects.

From 2016 onwards, more than three million leva had been provided for archaeological research in the Struma Motorway section between Blagoevgra and Krupnik, the Road Infrastructure Agency said.

In 2019 there will be relocation and field conservation of archaeological items found near the village of Pokrovnik, the agency said.

A Roman tomb and the Early Christian Church will be relocated and parts of the Roman villa and bath will be preserved on the site, which is away from the Struma Motorway, the Road Infrastructure Agency said.

The prepared project was sent on February 8 to the National Institute for Real Estate Heritage, as required by the Cultural Heritage Act, the statement said.

There was considerable controversy about the Pokrovnik site in 2018, with protests demanding a change to the route of the motorway to prevent the site being covered over and the finds destroyed.

In 2018, archaeological research began on sections of the route of the Hemus Motorway, on the Kalotina-Sofia road and the Vidin – Dimovo – Rujintsi – Montana road, with a total allocation of about 935 000 leva, the agency said.

In its own statement on the exhibition, the National Archaeological Museum said that 19 historical and archaeological museums were co-organisers of the 2019 event, the 12th of its kind.

Among the finds are those from ongoing studies of the Kozarnika and Bacho Kiro caves, the prehistoric village mounds of Yunatsite, Durankulak and Kozareva Mogila, the late Bronze necropolis at Balei, the ancient cities Apollonia, Heracleia Sintica, Serdica, Philippopolis and Ulpia Eskus, the medieval Bulgarian capitals Preslav and Turnovo, among others.

Some of the most impressive finds are a bone tattooing needle from the Durankulak settlement mound, ornately decorated vessels from the Balei necropolis, a well preserved glass amphora from Pokrovnik, the head of a marble statue from Heracleia Sintica and the head of a statue of Emperor Aurelian from Ulpia Eskus, a bronze statuette of Venus with a golden decoration from ancient Philippopolis, glass vessels and ornaments from the necropolis of Augusta Trayana, Stara Zagora, and a golden reliquary cross from the Trapezitsa site in Turnovo.