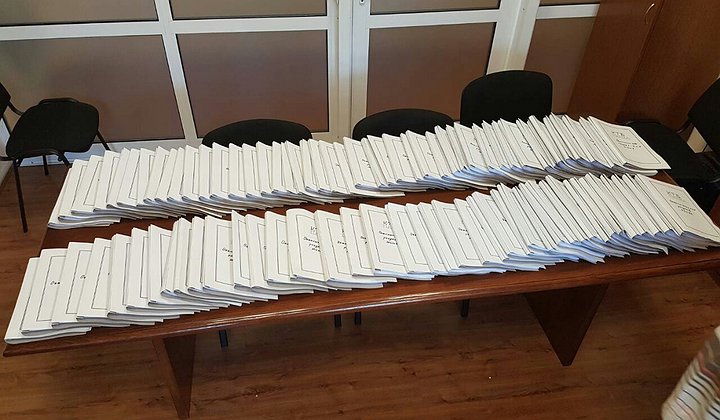 The landmark trial on the collapse of the Corporate Commercial Bank (CCB) in Bulgaria is expected to move forward and begin examination of evidence after the reading of the lengthy bill of indictment came to an end on February 5, nearly nine months after it started.

The reading of the indictment was curtailed after the specialised penal court ruled to take advantage of the recent penal procedure code amendments, which eliminated the legal requirement for the operative part of the indictment to be read by prosecutors at the start of each trial, replacing it with a brief summary report drafted by the court itself.

This is significant in the CCB case, where the operative part of the indictment runs more than 5000 pages and prosecutors had not finished reading that section, despite starting on May 9 2018.

Despite objections from defence lawyers, presiding judge Virginia Petrova ruled to employ the new procedural rules, which entered into force in late January.

Ivan Geshev, head of the specialised prosecutor’s office and the lead prosecutor in the CCB trial, once again accused the defendants of using stalling tactics to delay the hearing of the evidence against the defendants.

“The prosecution is not afraid of the substance of the CCB trial, we are not concerned by the evidence we have collected, the expert assessments and our work. If that was the case, the defence would have wanted to start the trial right away. They are doing everything possible to delay the trial. Probably, they are counting on an extra-legal solution, like the change in political circumstances or officials,” he said, as quoted by specialist judiciary news website Legalworld.bg.

(For full coverage of the CCB bankruptcy and the trial from The Sofia Globe, click here. Photo: the full bill of indictment, made public by Bulgaria’s prosecutor’s office when it filed the lawsuit in July 2017.)