February 6 is set to see classes resuming in large parts of Bulgaria after the expiry of flu epidemic declarations in many districts in the country.

The districts where flu epidemic declarations have been cancelled as of February 5 include the city of Sofia, Kyustendil, Shoumen, Vidin, Dobrich, Pleven, Sliven, Varna and Veliko Turnovo.

Other places where classes will resume on February 6 include the district of Plovdiv.

On the afternoon of February 5, the Health Ministry said that the flu epidemic declarations also were ending in Vratsa, Gabrovo, Razgrad and Blagoevgrad.

Places such as the city of Sofia saw school pupils get a 10-day break, including February 5, which is a scheduled day off school.

As of February 5, the flu epidemic declaration has been withdrawn, with the exception of the municipality of Madan.

In other districts which had been among the first to declare flu epidemics, such as Bourgas, the flu epidemic declaration already has expired.

However, in the district of Montana, the regional health inspectorate has extended the flu epidemic declaration to February 8 inclusive.

In the 2019 flu epidemic outbreak – a routine occurence in the first weeks of the year in Bulgaria – the peak was when 24 out of 28 districts in the country had declared flu epidemics, closing thousands of schools. 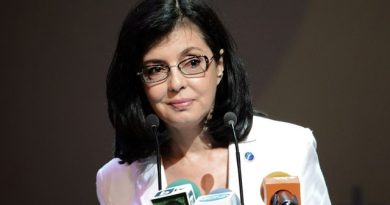