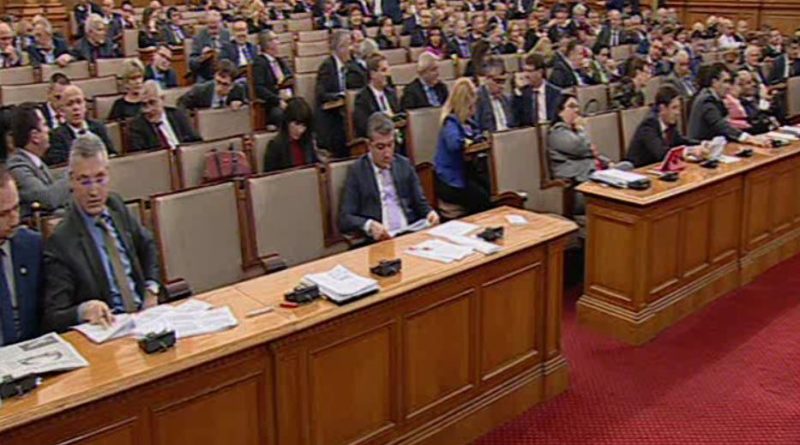 Bulgaria’s Parliament approved on November 30 the cabinet’s amendments to the country’s energy strategy that outlined the next steps to be undertaken by gas grid operator Bulgartransgaz in several major gas infrastructure projects.

The motion passed with 162 votes in favour and 10 abstentions, which came mainly from the National Front for Salvation of Bulgaria (NFSB), one of the three parties in the nationalist United Patriots coalition that is the junior partner in the government coalition.

Despite the wide support for the amendments, the debate preceding the vote did not pass without the usual barbs from the opposition socialists, who are traditionally strong supporters of energy infrastructure projects involving Russia.

MP Tasko Ermenkov said his party would support the changes, which represented Bulgaria’s last chance to remain relevant in gas transit and avoid becoming a “gas appendicitis” on the European map.

NFSB leader Valeri Simeonov was, surprisingly, critical of the plans to expand transit capacity, saying he was not persuaded that it would bring benefits to the country.

Most notably, the updated 2020 strategy requires the company to set up a subsidiary, by the end of the year, that would handle gas contracts trading for Bulgaria’s planned Balkan gas hub, as well as take the necessary steps to expand the gas grid’s capacity to carry increased amounts of gas that are expected to follow the creation of such a hub.

In particular, Bulgartransgaz is required to call public procurement tenders to expand, by the end of 2019, the capacity of its main gas pipeline to the Serbian border.

Additionally, the company is given the official mandate to begin, no later than the end of 2018, the process to acquire a stake in the proposed liquefied natural gas (LNG) terminal near Alexandroupolis, in northern Greece.

The LNG floating terminal off the Greek coast near Alexandroupolis, developed by gas company Gastrade, is currently undergoing the market test process. Gastrade envisions construction on the 5.5 billion cubic metres a year terminal starting in the second quarter of 2019 and commercial operations launching before the end of 2020.

Although the strategy does not specify how a big a stake Bulgartransgaz is to take in the project, reports in Bulgarian media in recent days have claimed that it would be a 20 per cent minority shareholding.

As regards the current route of Russian transit gas deliveries to Turkey (between Negru Voda in Romania and Malkoçlar in Turkey), Bulgartransgaz is mandated to re-negotiate its long-term contract with Russia’s Gazprom Export, but makes such any change in the point-of-entry of Russian gas conditional on Gazprom Export reserving any new transit capacity for long period of 15 to 20 years.

Reports in Russian media have claimed that Gazprom plans to bid to reserve all new gas transit capacity in Bulgaria to carry gas from the second line of the TurkStream pipeline to EU markets, re-directing the gas flows that currently transit through Ukraine. The first line of TurkStream, which will serve the Turkish market, is also meant to eliminate the Ukrainian transit route, which includes the Bulgarian stretch between Negru Voda and Malkoçlar.

This provision in the amended energy strategy is thus meant to ensure that Bulgaria does not lose revenue should Gazprom eliminate the Ukrainian route by securing the transit route for TurkStream’s second line. 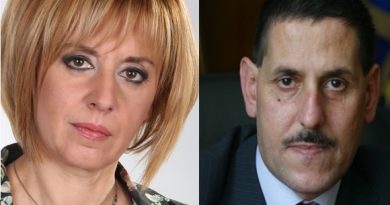