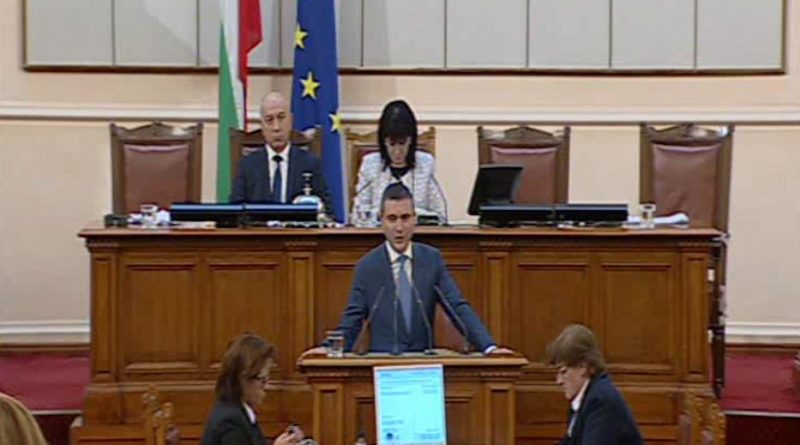 Bulgaria’s National Assembly has given its final approval to the 2019 Budget Act after a marathon of three late-night sittings, on November 29.

In order to give itself some breathing space and ensure the bill is passed before the November 30 deadline, Parliament held a special sitting on November 27 to pass the separate health and pension budgets, followed by the item-by-item votes on the macroeconomic framework and the central budget on November 28 and 29.

The 2019 Budget passed with the usual sniping between the government coalition and the opposition, mainly over the multiple amendments tabled by the latter being repeatedly shut down, including several amendments that would have drastically increased the spending side of the Budget by allocating extra funds for pensions, regional development and rehabilitation of dirt roads.

Equally predictable, the government coalition’s MPs rejected the proposal put forth by the opposition socialists to scrap the flat tax rate and re-introduce a progressive taxation scale. The socialists, who spearheaded the introduction of the flat 10 per cent tax in 2007, have made a U-turn on this topic in recent years, but their repeated attempts to change the tax laws have found little traction with other parties in Parliament.

The opposition party also vowed to challenge at the Constitutional Court the major changes envisioned in the health care system budget, which will introduce far-reaching institutional changes ahead of the health care insurance revamp that the government plans for 2020.

The biggest change is the creation of a new agency tasked with medical oversight and hospital licencing, which will also take over the activities of the transplantations agency, which will be shut down. Additionally, the state fund that covers the costs of treating children abroad will be incorporated into the National Health Insurance Fund.

In the pension budget, the main change is the planned 5.7 per cent increase starting July 1. The debate on this issue saw heated exchanges when the opposition’s motion to raise the minimum pension to 300 leva (about 153 euro), rather than 220 leva envisioned in the draft, was rejected by the government majority.

Speaking after the final vote on the bill, Finance Minister Vladislav Goranov said he was confident that the Budget targets will be met “because our society will be more successful and better off next year.”

This echoed the words of Prime Minister Boiko Borissov, who said last month, when the cabinet approved the draft, that the bill as “one of the most ambitious” budgets in the country’s post-communist history.

Building up on this year’s budget, the 2019 Budghet envisions further pay increases in several sectors, most notably in the education sector, with an increased allocation to the healthcare sector as well.

It features a consolidated fiscal programme – which includes the state Budget, local administration budgets, healthcare and pension funds – with total revenues of 43.9 billion leva. By comparison, the 2018 Budget Act targeted revenues of 38.2 billion leva and is currently on track to reach 39.2 billion leva.

Among the major changes introduced starting next year is the increase in the maximum monthly amount on which mandatory social security contributions are owed – from 2600 leva to 3000 leva. The measure is estimated to affect a total of 148 000 high earners.

Budget spending in 2019 is set to increase more than the revenue projections, to 44.5 billion leva. By comparison, the 2018 Budget Act set spending at 39.3 billion leva, but current projections for the full year show it falling short of the target, reaching 38.6 billion leva.

This is due in part due to a shortfall in capital expenditures, such as several delayed defence acquisition projects and lower-than-projected utilisation of EU funds – in the latter case, government co-financing would be rolled over to future years.

The bill stipulates increasing the minimum salary to 560 leva on January 1, in line with commitments made in previous years. The three-year macroeconomic forecast also envisions further raises to 610 leva in 2020 and 650 leva in 2021.

The draft budget lowers the debt ceiling to 22.2 billion leva, compared to the 23.5 billion leva figure in this year’s Budget. At the same time, the government is allowed to issue only one billion leva in new debt in 2019, same as this year.

(Vladislav Goranov speaks in Parliament late on November 29 after the final vote on the 2019 Budget Act. Screengrab from parliament.bg) 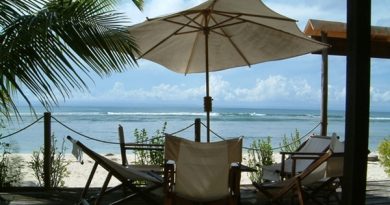 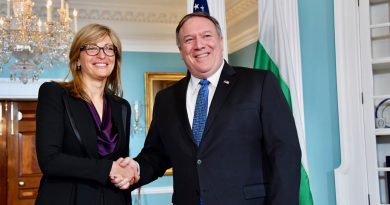