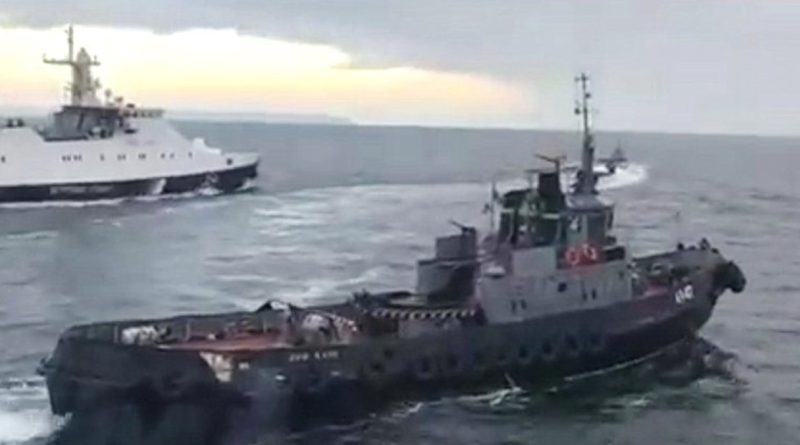 Russian and Ukrainian naval forces have clashed in the Black Sea. Though the region lies on Nato’s weak southeastern flank, the alliance is unlikely to intervene in an area where Russian and Western interests collide.

The Black Sea is not exactly know for its turbulent waters, nor for being a geopolitical flash point. This, however, changed quite dramatically in 2014 when Russia annexed Crimea from Ukraine — though the peninsula had originally been gifted to Ukraine by Soviet leader Nikita Khrushchev in 1954. In the meantime, it has developed into a key area of Russian interests on the NATO’s southeasternmost flank.

Russia is now heavily militarising Crimea and the Black Sea. Some 28,000 Russian soldiers are stationed on the peninsula. Russia has practically doubled its military budget over the past ten years. And Ukraine’s tiny naval fleet, based along the coast of the Sea of Azov, is under Russian President Vladimir Putin’s thumb. Already back in 2008, the Berlin-based German Institute for International and Security Affairs warned that Russia was systematically increasing its military presence in the Black Sea region.

Russia’s new submarines and frigates, equipped with long-range Kalibr cruise missiles, pose a serious threat to nearby Nato states, and especially to Bulgaria and Romania.