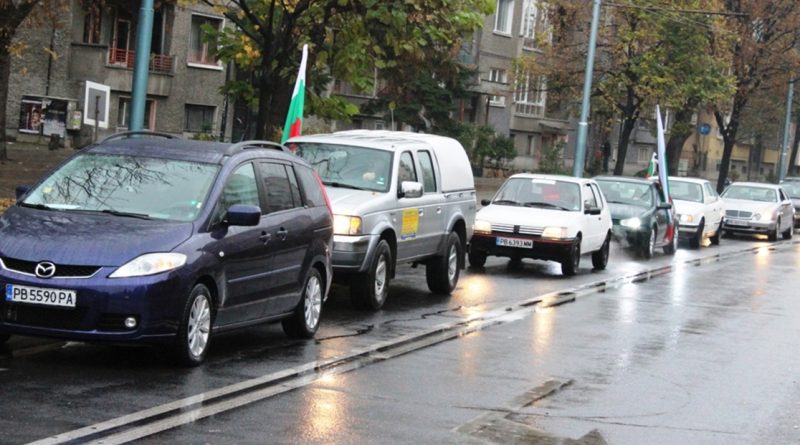 The first half of the day of sundry protests in Bulgaria on November 18 saw road blockages in a few parts of the country.

The protests have sundry causes, mostly to do with cost-of-living and with calls for Prime Minister Boiko Borissov’s government to resign.

Bulgarian National Radio said that protesters from Haskovo and Svilengrad blocked a point two kilometres from the Kapitan Petko Voivoda border checkpoint with Greece, residents of Bourgas blocked a thoroughfare at the exit of the Black Sea city leading to Trakiya Motorway, while traffic on the motorway near the town of Sliven was obstructed.

Protesters in the town of Shoumen blocked vehicle traffic at the Belomkotovo road junction on the Hemus Motorway. Close to 200 protesters from Troyan and the region blocked the Troyan – Lovech road.

Four protests were scheduled for Bulgarian capital city Sofia, including one scheduled to begin at 1pm and another, a “people’s assembly” set to begin at 3pm. The first of these two protests was scheduled to proceed from outside the National Assembly building to the Cabinet office, and then down Dondukov and Vassil Levski boulevards to Eagle Bridge. This protest was scheduled to continue until 8pm.

Other protests scheduled for Sofia included the latest in a succession by mothers of children with disabilities, against Valeri Simeonov. Although Simeonov resigned as deputy prime minister on November 16, the mothers – who were offended by comments he made on October 16 – said that they would continue their protests until Parliament voted to approve Simeonov’s resignation.

In turn, unrelated to the range of cost-of-living, “high fuel price” and overtly political protests against the government, there was another scheduled, of Christians who were to hold a public prayer and procession because of their misgivings about amendments to Bulgaria’s law on religious denominations.

About 2000 police were deployed on the day of the protests, about half of this number in Sofia.

Gendarmerie were on duty outside the Parliament and Cabinet buildings and in nearby streets.

Bulgaria’s Interior Minister Mladen Marinov said that some of the protests in the country were “regulated”, meaning that organisers had given formal notice through official channels, while others were not regulated. Marinov called on people to participate only in the regulated protests.

He said that steps had been taken “on the one hand, to guarantee a peaceful protest for those who protest, and the other hand, as it affects the security of other citizens”. Marinov said that tip-offs had been received that some were intending “provocations”. “We are there to prevent conflicts and provocations,” he said.

Protests involving dozens of cars were reported in Dobrich and Gabrovo.

In Montana in north-western Bulgaria, about 200 cars were involved in a protest billed as being against rising cost-of-living and low incomes in Bulgaria. The convoy of cars obstructed some fuel stations in the town for a short time in the morning.

According to media reports, the road to Bansko was closed at Razlog. This led to tensions between police and participants in the protest, these reports said.

There were two protests in Yambol, one in favour of “changing the system” while the other was against high fuel prices and in support of mothers of children with disabilities. The latter group planned to block Trakiya Motorway.

Bulgaria’s second city Plovdiv saw a procession of dozens of cars on the morning of November 18. Escorted by police, they were making their way to Sofia. Protesters from several parts of the country were expected to travel to the city for the afternoon protests.

In Rousse on the Danube, there was a protest calling for clean air and a decent life, and against high taxes, fuel prices and rising food costs. Participants said that if their demands were not heeded, next Sunday they would block the Rousse – Sofia road. 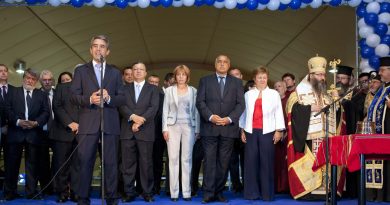