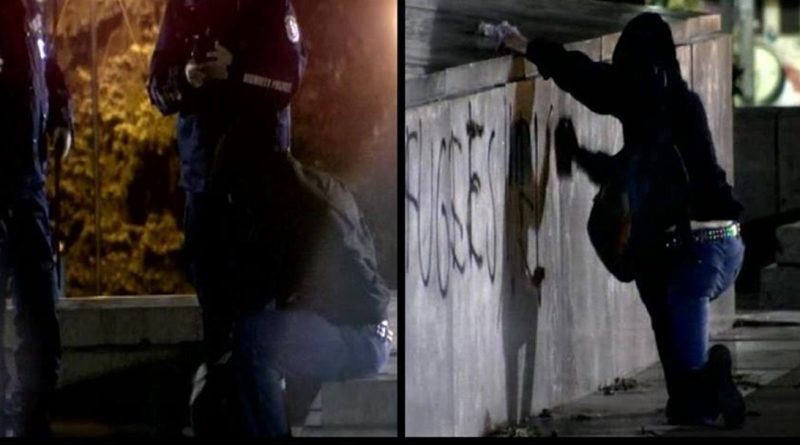 The Sofia District Court has released from custody a 22-year-old man charged with hooliganism for allegedly spray-painting on the Soviet Army Monument in the Bulgarian capital city a message against French far-right politician Marine Le Pen.

The court rejected an application by prosecutors to remand the accused in custody pending the outcome of a trial.

Instead, the court ordered him to regular sign a register.

Judge Albena Momchilova made the ruling on the grounds that the accused has no criminal record, was young and a well-behaved good student. He voluntarily handed over his spray can to the court.

The man was arrested at about 11pm on November 15 after the message “Refugees welcome – Le Pen go home” was sprayed on the monument in central Sofia. The incident occurred on the eve of Le Pen participating in a conference of far-right and populist parties from around Europe in the Bulgarian capital to agree on a strategy for the May 2019 European Parliament elections. 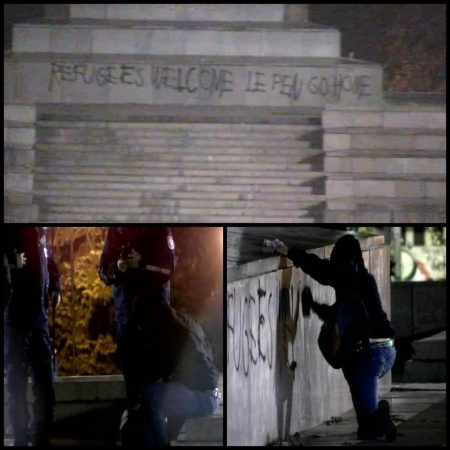 The district court’s ruling is subject to appeal.

Bulgarian media said that it was notable to press a serious charge against the man, who if found guilty could face up to five years in prison. The charge laid against him is generally lodged against those who commit acts involving violence or major breaches of the peace.

After his arrest, police first took him into 24-hour custody, and after an investigation by prosecutors, he was ordered into 72-hour custody.

Authorities in Sofia some months ago stepped up security around the Soviet Army Monument, which dates from Bulgaria’s communist era and commemorates the Soviet invasion in 1944 that opened the way for that era. In recent years, it has been a frequent canvas for political graffiti and for calls for it to be taken down, to the annoyance of the Russian embassy.