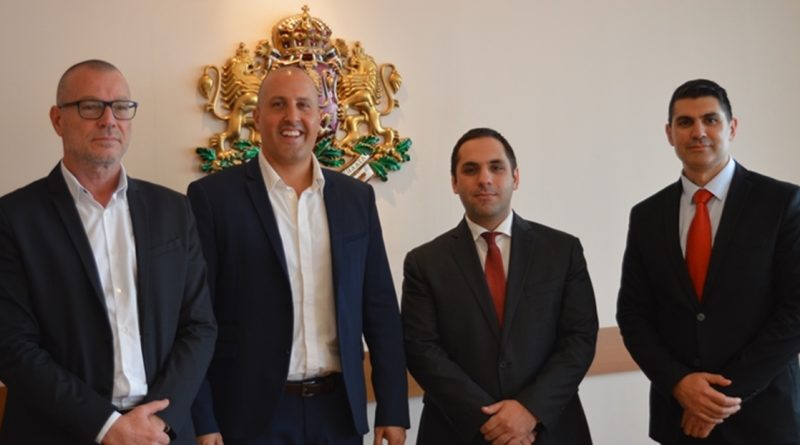 The Israeli company is a global leader in the production and design of unmanned aircraft, and has more than 70 clients worldwide, including Nato. The technology transfer contract will enable VMZ to own its own brand of Bulgarian unmanned aircraft, as well as their servicing, maintenance and service.

Karanikolov said that investing in new technologies is a key factor for growth and said that Israel is a world leader in innovation that adds high value to production.

Borissov said that exports to the defence-related sector had grown more than 20 per cent in the past year, adding that Bulgaria’s arms industry had serious potential for development.

The co-operation agreement was signed by Atanas Bogdanov, chairman of the board of directors of VMZ Sopot and Adi Cohen, Director of Business Development and Marketing of Aeronautics Group.

Cohen said that the Israeli company considers Bulgaria to be an important hub for goods for air aviation. “Together, we can enter new markets,” he said.

The aim is to establish a line for assembly and production of unmanned aerial vehicles in Bulgaria, Cohen said.

Bogdanov said that the signing of the contract is an important step in VMZ’s desire for development in new high-tech areas, which is part of the strategy of the Ministry of Economy to bring the company into the new sector technologies. VMZ would be a major player in this project, he said.

Production of beer in Bulgaria fell 4% in 2017 – Eurostat