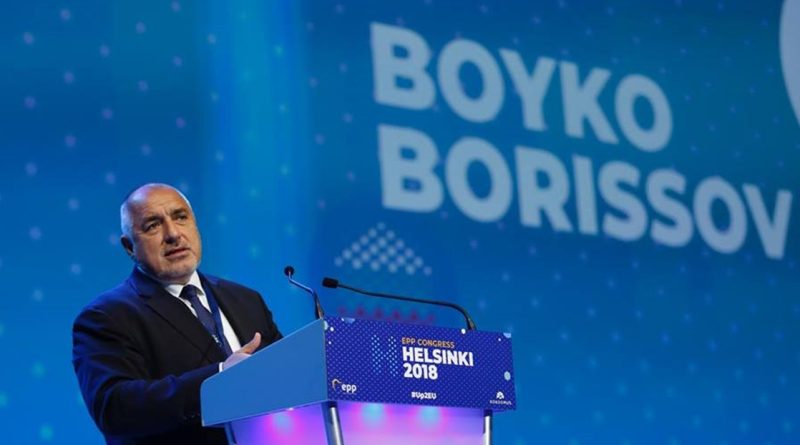 The biggest challenges facing the European Union are Brexit and a two-speed Europe, Bulgarian Prime Minister Boiko Borissov said at the European People’s Party congress in Helsinki on November 8.

He said that there were key uncertainties that also needed to be addressed. “If we do not manage to cope with migration, a two-speed Europe could happen and euroskepticism in some countries could be strengthened.”

“Years ago I warned what the consequences for Europe could be if there were no measures to protect the external borders. We have done this and fulfilled our duty to safeguard the security of European citizens, but other countries have not done it, and you see what the consequences are – whole countries have been shaken,” said Borissov, whose centre-right GERB party is a member of the EPP group.

Borissov underlined the difficulties that Bulgaria and Macedonia had experienced before achieving the signing of their bilateral good-neighbourliness treaty.

“We have set an example how a party such as GERB, part of the EPP, the social democratic party of (Macedonian Prime Minister Zoran) Zaev can achieve a success like this,” Borissov said.

He said that Bulgaria had concluded the treaty with Macedonia because it was confident that the treaty was essential on the path to Macedonia securing its European prospects.

Borissov said that there was a double standard on the part of the EU towards the accession of Bulgaria and Romania to the Schengen visa zone.

The two countries joined the EU in 2007 but remain outside the Schengen visa zone. Bulgaria repeatedly has insisted it should be admitted, as should Romania, because of meeting the technical requirements for Schengen admission. Opponents of accession point to European Commission reports showing the two countries not meeting the bloc’s standards in fighting corruption and organised crime.

Borissov said that all European institutions and state leaders said that the countries’ airports could be part of Schengen “but nothing has happened yet”.