Bulgaria’s Commission for Protection of Competition (CPC) said on October 18 that it would not re-examine the proposed sale of all the assets owned by Czech energy group CEZ in Bulgaria to local company Inercom.

In July, the regulator ruled to block the deal on the grounds that the proposed acquisition would lead to “establishing or strengthening the dominant position of the merged group,” due to the fact that Inercom owns several solar parks, which would benefit from the acquisition of CEZ assets, in particular the electricity trading subsidiary.

Last month, after divesting those solar parks, Inercom made a repeat request for CPC to examine the deal – even though the regulator did not indicate that such a divestment would help the company’s case.

In its October 18 decision, CPC said that the reason for denying Inercom’s request for a repeat ruling was the fact that the initial ruling blocking the sale was currently being appealed both by Inercom and CEZ, preventing the regulator procedurally from issuing a new ruling until the matter was resolved.

According to reports in Bulgarian media, the country’s Supreme Administrative Court has scheduled the hearing on the appeals for May 2019.

CPC’s latest decision to deny a repeat ruling is also subject to appeal within a period of seven days. 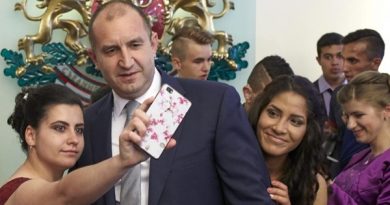