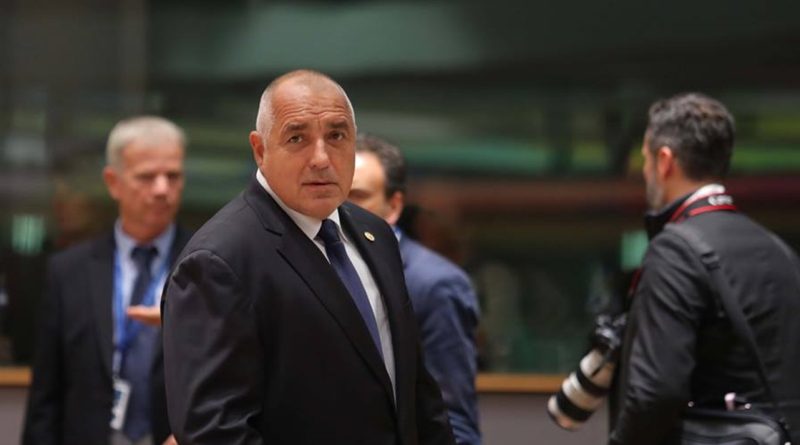 Bulgarian Prime Minister Boiko Borissov has told reporters in Brussels that representatives of the European People’s Party have apologised to him for their initial reactions to the murder of television presenter Viktoria Marinova.

Borissov was irked by comments from senior figures in the EPP, the EU-wide centre-right formation of which his GERB party is a member, linking the murder of Marinova to the below-par state of media freedom in Bulgaria.

An arrest has been made in connection with the October 6 rape and murder of Marinova. According to Bulgarian prosecutors, the attack on the 30-year-old TV presenter in the Danube city of Rousse was spontaneous, while in recent days Prosecutor-General Sotir Tsatsarov has said that no theory has formally been ruled out.

At the time of the tensions over the reactions from EPP leaders, Borissov hinted that he might not support Manfred Weber to be the group’s candidate to head the next European Commission, saying that he would hold discussions with EPP colleagues at the October 17 meeting.

However, on the question of whether he would support Weber or Alexander Stubb for the candidacy, Borissov remained non-committal at the Brussels meeting, Bulgarian National Radio reported.

Borissov said that he would comment on the question when attending the EPP congress, to be held in Helsinki on November 7 and 8 2018.

Borissov thanked his German counterpart, German Chancellor Angela Merkel, for Germany’s assistance in extraditing the suspect in the Marinova rape and murder to Bulgaria.

The suspect, Severin Krassimirov, went to Germany a day after the murder. He was flown back to Bulgaria under escort on October 17, and formally taken into custody.

On October 18, Krassimirov was transported from Sofia to the investigation detention facility in Rousse, the Prosecutor’s Office said in a statement. The transport was carried out with strict security and secrecy about the precise time when he would be moved.

The statement said that Krassimirov would be formally charged and interrogated in the presence of defence counsel.

Bulgarian National Television said on October 18 that six lawyers had declined to represent Krassimirov. It was expected that lawyer Ivan Doinov would accept the brief.

Krassimirov is expected to be subject to a hearing in the Rousse District Court on October 19 on an application by prosecutors for him to be remanded in custody pending the outcome of a trial.

Gendarmerie remain on duty to secure order in the residential areas where Krassimirov resided.

BNT said that Marinova’s family had called for him to be given the maximum penalty under Bulgarian law, a life sentence.