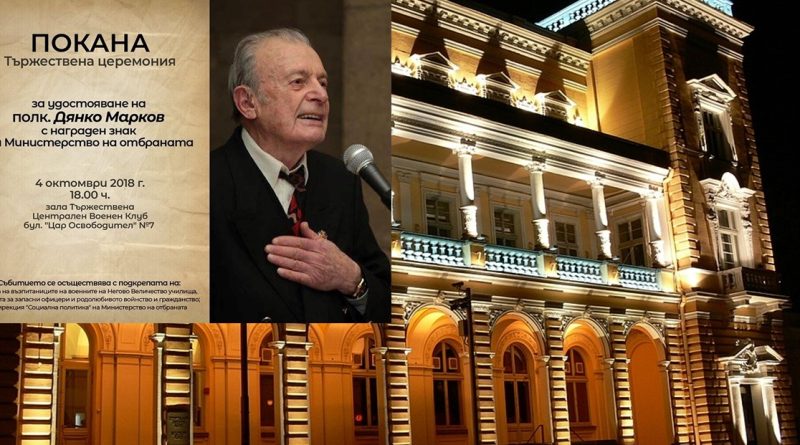 Bulgaria’s Defence Ministry went ahead with conferring honours on Dyanko Markov, a 96-year-old veteran of the Union of Bulgarian National Legions, in spite of Bulgarian Jewish organisations having said that they found the honour unacceptable.

Union of Bulgarian National Legions was headed in the 1930s and 1940s by Hristo Lukov, a pro-Nazi general in whose honour a torchlight procession is held annually in Sofia, attracting neo-Nazis from elsewhere in Europe. Markov has denied it was a fascist organisation, calling it “nationalist”.

Markov has lost court actions that he lodged against Yuliana Metodieva, editor-in-chief at human rights NGO and features website Marginalia, after she described him in writing as an antisemite.