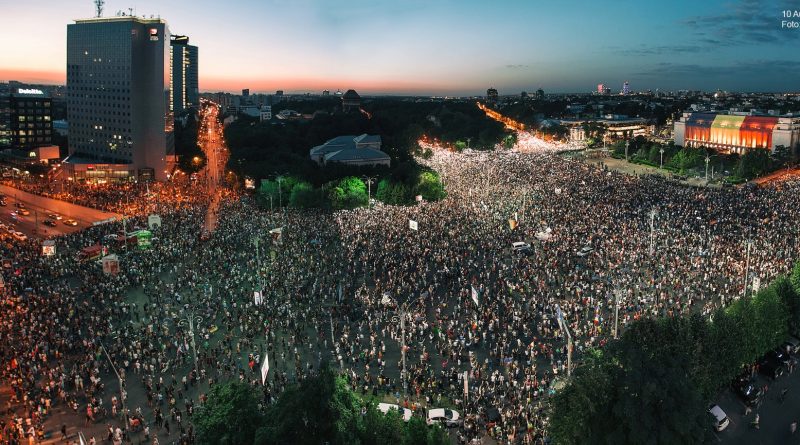 A crowd of up to 100,000 gathered before the seat of Romanian government in Bucharest on Friday to protest government corruption and demand early elections. Many of the protesters were Romanians emigrants who usually live and work abroad. Angry with the left-wing Social Democratic Party (PSD) and its leader, Liviu Dragnea, expats had organized themselves on social media and traveled home in order to attend the rally.

A small group of rioters attempted to storm the government building and clashed with police. The security forces responded with overwhelming force, using tear gas and water cannon. More than 450 people were injured, including a DW correspondent who was beaten by police. Several gendarmes were also injured. The scale of police violence prompted another, smaller rally in Bucharest on Saturday, with protests also held in other Romanian cities.

Why are expats upset with the government?

Romanians living abroad are predominantly protesting against PSD and its leader, Dragnea, accusing him of corruption and skewing the country’s laws to sort out his own legal troubles.

The 55-year-old Dragnea is believed to be the country’s most powerful politician. However, he was kept out of the prime ministerial seat by a conviction for electoral fraud and serves only as the parliamentary speaker. He was also given a three-and-a-half year sentence for abuse of office in June this year, although the verdict is not final.

Ready for round two in Czech presidential elections