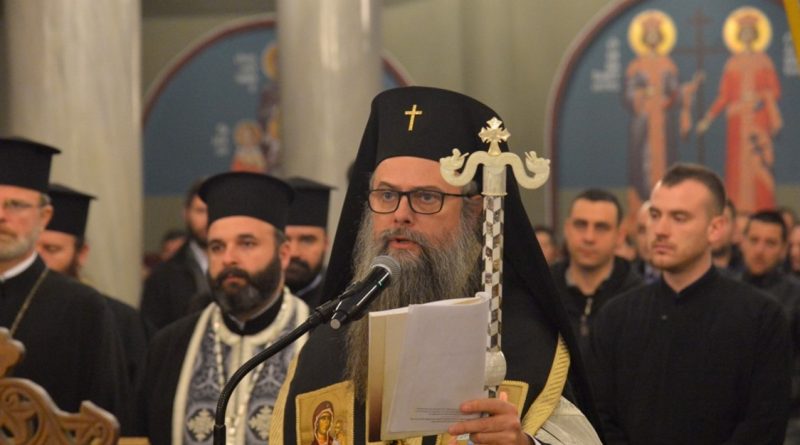 His May 23 statement came in the week after the Bulgarian Orthodox Church’s Holy Synod decided against accepting an invitation from Macedonian Orthodox Church head Stefan to participate in 1000th anniversary celebrations of the Ohrid Archbishopric.

Plovdiv Metropolitan Nikolai was among the Bulgarian church leaders defeated on the issue. He had backed sending a delegation, and after that proposal was defeated, tabled one that he lead a delegation to Ohrid. That too was rejected.

Metropolitan Nikolai, in a lengthy statement, said that the controversy over the Macedonian Orthodox Church was a problem for the entire church, and it was in the interest of all for a solution to be found.

As such, the Bulgarian Orthodox Church had no right to confer autocephaly, but had the right to consult with the younger churches in the region, Nikolai said.

He said that the use of secular courts – in this case, the European Court of Human Rights – to resolve internal church problems was “absolutely unacceptable”. He was referring to a recent ruling by the ECHR which found against the Macedonian state for violating the rights of the Orthodox Ohrid Archbishopric of the Serbian Patriarchate.

In the past few days, six members of the Bulgarian Orthodox Church’s Holy Synod have issued public statements about the Macedonian issue.

One of the church leaders, Metropolitan Naum of Rousse, rejected allegations that the Holy Synod had committed “national betrayal” by not agreeing to send a delegation to Ohrid.

Such accusations arose because over the past several months, official relations between Bulgaria and the Republic of Macedonia have become more cordial, including with the ratification of a treaty of good-neighbourliness by the two states.

Naum said that the Holy Synod was responsible for defending the historical truth and canonical order in the Orthodox church.

“The Bulgarian Orthodox Church – Bulgarian Patriarchate never intended to abandon its centuries-old history and canonical dignity as the successor of the historic Bulgarian Ohrid Archdiocese, regardless of the political situation,” Metropolitan Naum said.