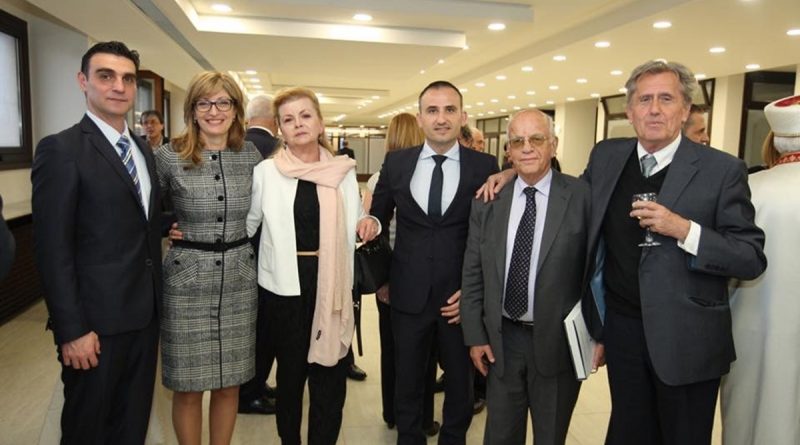 Bulgarian Foreign Minister and Deputy Prime Minister Ekaterina Zaharieva hosted on April 5 a Passover Seder attended by leaders of Jewish communities from Bulgaria and the Balkans, as well as leaders of other faith communities.

Zaharieva and participants expressed the hope that the occasion, the first of its kind hosted by a Bulgarian Foreign Minister at the ministry’s headquarters in Sofia, would be the first of a new tradition.

The 2018 event was held in the year that Bulgaria marks 75 years since the rescue of the Bulgarian Jews from the Holocaust and commemorates the more than 11 000 Jews from the “new lands” under Bulgarian administration in northern Greece and Yugoslavia who were deported to their death at Treblinka.

Addressing the event, which also was attended by leaders of Jewish communities from Greece, Macedonia and Serbia and ambassadors representing member states of the International Holocaust Remembrance Alliance, Zaharieva said that 75 years ago, the Bulgarian people were on top of the historical moment and defended the country’s Jews.

She described the rescue of the Bulgarian Jews in the pre-Second World War borders of the country as one of the brighest pages in Bulgarian history, “an unprecedented act and manifestation of civil courage, the fruit of the joint actions of politicians, the Bulgarian Orthodox Church, intellectuals and ordinary citizens”.

No other European state, an ally of Nazi Germany at the time, had managed to protect the vast majority of its Jewish population, Zaharieva said, adding her regret about the deportation of the Jews from the territories that had been under Bulgarian administration.

Referring to the fact that the dinner was held in the Holy Week for Orthodox Christians, Zaharieva said: “Thank you for being with us today, Great Thursday, to send a common message that we are working together for a peaceful, wise and stable Balkans that does not generate problems but looks with confidence to the future. That will be a contemporary expression of the ethnic and religious tolerance we have inherited through the ages”.

Zaharieva said that Bulgaria shares the concerns of the world Jewish community and the international community about the growing anti-Semitism in Europe and beyond the ocean and the attempts to rewrite or distort the history of the 20th century.

“We are condemning and rejecting these developments, which is why Bulgaria has declared its strong will to join the International Holocaust Remembrance Alliance, and we are committed to open debates and in-depth research on Holocaust history and zero tolerance to all manifestations of anti-Semitism and the language of hatred,” she said. 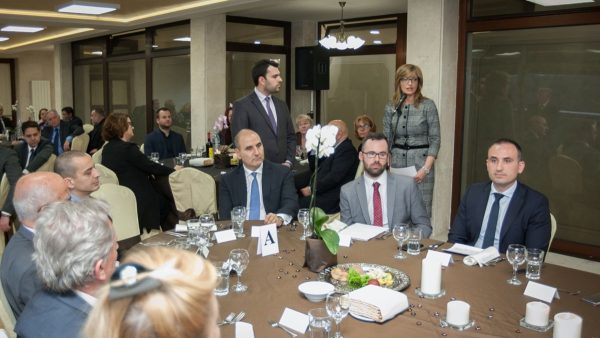 Dr Alexander Oscar, President of the Organization of the Jews in Bulgaria “Shalom” dwelt on the theme of how, at a Passover Seder, Jewish tradition commits children to ask the question, “why is this night different from all the others?”

Thus, by the children asking the questions and their elders responding, the ancient history of the slavery in Egypt and the road to freedom is passed on through the generations.

“The Talmud teaches that in every generation, every person is obliged to view themselves as having personally just come out of Egypt. We celebrate our freedom, our exemption from the plagues. Yet, as we sit at our tables tonight, during these days of Passover, we must remember that the story that the festival recalls may be an ancient one, but there are principles that are eternal, that remain topical today,” he said.

“The plagues on a society. The quest for freedom from bondage. Because today, there are plagues. Because today, we remember that freedom is not a given but always must be campaigned for.” The plagues of today for which a cure had to be found included hate speech, intolerance, populism and false patriotism.

“Today, we may be physically free, but that does not mean stopping the struggle with all the forces who want to take away our freedom. True freedom is the freedom to be yourself, to be part of a community of one’s choice without fear of discrimination; the freedom to honour your cultural heritage, the freedom to realise the potential of one without enslaving others.”

“In the days of Pesach and in the days before the greatest Christian Easter holiday, let us wish ourselves health and strength to move forward. Let us never forget our responsibility to be a guardian of society and defend our freedom. Let us not forget our past, but let us also look ahead to our common European future,” Dr Oscar said.

On behalf of the Bulgarian Jewish community, he expressed thanks to Zaharieva for organising the dinner.

“We see you as a true friend and we are proud of what you and the Bulgarian government are doing for the Euro-Atlantic integration of Bulgaria and the Balkans as a whole. This is a sure guarantee of the prosperity of all of us, no matter in which country we live and which religion we profess,” he said, adding thanks for the determined and consistent policy of combating the language of hatred in Bulgarian society.

World Jewish Congress chief executive Robert Singer, in a message read on his behalf, said that during the Holocaust, the world witnessed remarkable examples of bravery as ordinary Bulgarians stood up to the Nazi war machine and refused to sacrifice their Jewish neighbours.

“We also witnessed tremendous cowardice as the Bulgarian pro-Nazi government rounded up more than 11 000 Jews from northern Greece, Macedonia, and Eastern Serbia and drove them to their deaths in Treblinka.

“We must honour the memories of the victims of Holocaust, including those whose lives were taken by the Nazi collaborators in Bulgaria, as well as the heroes who resisted and saved their fellow Bulgarians from certain death. We must recognize those who lost and risked their lives – not those who cowardly sent innocent people to their deaths,” Singer said.

The time has come for all sides to clearly acknowledge the full truth of what happened during the Holocaust, and the Nazi collaboration that nearly wiped out the Jewish communities in parts of the Balkans, he said.

“It is imperative to recognize the complex history of the Second World War across Nazi-occupied Europe including Bulgaria, and make sure that the no space is ever given for manipulation to serve a political agenda.

“Bulgaria is already making welcome moves in this direction, and in preserving the memories of the Jews who perished along with celebrating those who were rescued, a critical step in the process of reconciliation between the four countries and their communities,” Singer said. 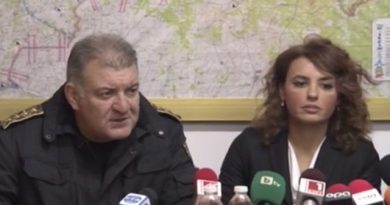