Members of the European Parliament have called on the 11 EU countries, including Bulgaria, that have not yet ratified the Istanbul Convention, to do so.

The call was made a few days after Bulgaria’s Cabinet revoked its approval of the Istanbul Convention and withdrew it from ratification in Parliament, saying that it wanted to await the Constitutional Court’s opinion on the Convention.

In Bulgaria, the Istanbul Convention has been the subject of a negative campaign by conservative forces and its adoption is opposed by the United Patriots, the minority partner in the coalition government.

The Istanbul Convention, the most comprehensive international treaty on fighting violence against women, was adopted by the Council of Europe in 2011. It entered into force in August 2014 and was signed by the EU in June 2017.

According to the European Commission, one in three women in the EU has been a victim of physical and/or sexual violence since the age of 15, over half of women have experienced sexual harassment and one in 20 has been raped.

The countries that have not yet adopted the convention are Bulgaria, Croatia, Czech Republic, Greece, Hungary, Ireland, Latvia, Lithuania, Luxembourg, Slovakia and the United Kingdom.

A European Parliament statement noted that during the debate, a vast majority of MEPs regretted the fact that these countries (including Bulgaria, which is currently holding the Council Presidency) fail to consider the Convention as the best available instrument when it comes to fighting violence against women.

They emphasised that reluctance to ratify the text was often based on misconceptions and misleading arguments regarding how the word “gender” is used in the Convention. They urged the EU Commission and the Council to take tangible action to help all member states to ratify the text as quickly as possible.

The statement said that some MEPs expressed fierce opposition to what they consider “the ideological baggage” of the text and its definition of gender. They rejected the idea that the EU has any competence on the issue and called for respecting “the internal order of every society”.

European Commission vice-president Andrus Ansip reiterated that the Convention was about preventing violence against women, without any other hidden purpose, and hoped that member states that still have doubts about fully implementing the Convention will consider its fundamental purpose: supporting female victims of violence. 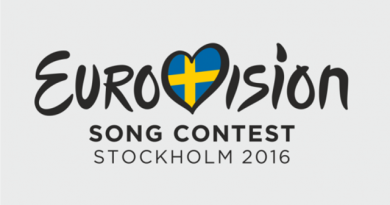