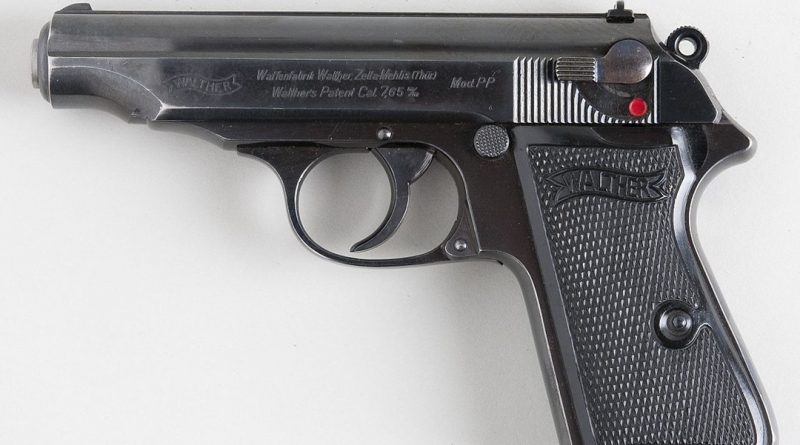 One night in Plovdiv, recently, a doctor shot dead a thief.

The facts of how that transpired are disputed. Perceptions, however, brought thousands of people in Plovdiv and elsewhere on to the streets, demanding an enhanced right under the law to self-defence.

It has been an odd spectacle. Bulgaria has one of the lowest murder rates in the European Union. On a global scale, the risk of death by violent crime in Bulgaria is negligible. You are more likely to die as a consequence of someone else’s bad driving – again, compared with the rest of the EU, Bulgaria has the worst road fatality rate – than at the hands of a weapon-wielding criminal.

Yet, just as so many people in the United States, angry, traumatised and frustrated at the latest mass shooting in that country, were calling into question the fatal consequences of the dogged (and well-funded) adherence to the widest interpretation of the Second Amendment, Bulgarians were on the streets demanding the lawful right to defend hearth and home, by any means necessary.

The debate, if it can be so dignified, in the US about the Second Amendment is well-canvassed. It runs along a political fracture line that is very familiar, between those who rightly question how many school pupils must be bloodily sacrificed to its tenets, to those who invoke that constitutional amendment as their safeguard against a villainous state allegedly determined to traduce their sacred right to self-defence, by AR-15 if that is the optimum solution. As a Doonesbury cartoon once put it, you never know when you may have to defend yourself against the British.

But who cares for context?

A little context, in the Bulgarian context. For some years, the grist of Bulgarian nationalist parties, well to the right of the spectrum, has been the so-called “gypsy crime”. This narrative runs that in the villages and small towns beyond the remit of the capital, law-abiding citizens are at the mercy of the Roma minority who, with impunity, rob and steal. Minor political fortunes have been built on this perception. It is no coincidence that political parties that trade on it have not only their place in Parliament, but currently in government. Nor, particularly at the times of the duller news seasons, that the media make much of stories from the smaller villages where the constabulary are, so it is said, either absent or indolent.

So the story of the Plovdiv doctor resonated. In the first moments of the story, it was claimed that many times he had been the victim of thefts. It was claimed that he had been defending spouse and children. The person whom he dispatched to the hereafter was nicknamed, so the media did not fail to reiterate with every second paragraph or so, “The Rat”. The consensus of the mob is built easily around the necessity of pest control, so perceived.

So the crowds turned out on the streets of Plovdiv, and the capital Sofia, and elsewhere, braving the chill of late winter to demand their right to self-defence. There were emotional invocations that while the doctor remained in custody, patients were being left to die. Was he not a surgeon, with the Hippocratic oath to save life?

Well, as it turned out, in fact the doctor was not. It seemed he was a radiologist. Not that that is not a noble and essential profession in the medical services, but so too investigators and prosecutors began to make public that all in the narrative, as relayed by the doctor, might not be true. They alleged that he had observed, for no less than 30 minutes, the activities of the would-be thief, not quite on his immediate property, but on some place adjoining his garage. The firearm he used, they alleged, was not lawfully in his possession. Not only that, he had ammunition of other calibres, equally illicitly. Some time after the shot or shots were fired, he sought to obliterate the ballistic traces from his clothing. Further, they alleged, he called in a friend or friends to wipe up traces at the scene of the fatal shooting. Remnants of snow, and blood, were moved around and about. Moreover, in spite of assertions that were it not for him and his trigger finger, his family would have been in peril, it was alleged that his family was not present at home at all. They were elsewhere, in a village some while away.

According to Bulgarian-language media reports from Plovdiv, the crowds who initially had turned out in support of the doctor thinned, as more of these words were spoken. There were allegations of a previous investigation involving violent conduct. As prosecutors made their own questions known about the sequence of events and the about the facts, the enthusiasm to defend the doctor thinned, as did the crowds, as the nights in Plovdiv passed.

But already, the politicians had descended, along with their populist ilk. The cries of some for the doctor to be granted a presidential pardon were, in the account of one report, met with the sober point of a lawyer present who pointed out that Bulgarian law makes no provision for a pre-emptive pardon. The doctor first would have to be found guilty before the prerogative of pardon by the head of state could come into play.

But again, the politicians had seized the ball, and were running headlong for the goal line, that one etched by the prospect of the next election. Figures from the far-right, populist spectrum, interposed themselves in the crowd, underlining again their messages about “gypsy crime” and the necessity of an untrammelled right to defend hearth and home.

This was not merely a matter for street talk. Such street talk takes little account of the fact that in the jurisprudence of most democratic societies, lethal action may be justified only in the event of a clear, unequivocal threat to life. In short, in such societies, no judge should let you off the hook for shooting dead someone because he is making off with your car, or television set, or microwave oven. The difference between the views of life and property being sacrosanct is not a philosophical, but a legal one.

Amid the flurry, this all was being discussed, rather swiftly, at Cabinet level. The partners in government, whether centre-right or far-right, were only too willing to speak of amendments to the laws, if not also to offer ready – ready because they were hastily-scribbled – drafts. In a medium-sized European country, the debate about the right to exercise lethal force was in diametric counterpoint to what was happening across the Atlantic, to the indignation there about the latter-day implications of an 18th Century phrasing of a text in the US constitution.

The specifics of the domestic politics of the US and of Bulgaria are, of course, different. In the US, those who oppose gun control are motivated by, among other things, outlandish conspiracy theories about a vast conspiracy to take away the population’s means of self-defence, the better to subjugate it, if not to commit outright genocide. A well-resourced and pervasively influential National Rifle Association, and those in public office who takes its coin, serve an agenda in which this constitutional amendment remains as sacred as a divinely-bestowed commandment. Those now in opposition to the unlimited right to bear arms, even to kill children with automatic weapons, bring their outrage to call all of this into question.

This Eastern European side of the pond, however, is characterised by a phrase that translates, roughly, as “there is no state”. This may be extrapolated as there is no state to extend protection, to guarantee the security of life and property, to be present on a dark night to obviate the need for a medical professional to take life, in defence of hearth, home and family. From this, the implication – in the absence of the state, the individual must fend for himself (and that choice of gender is of no cultural coincidence).

Amid the hysteria, amid the concern, amid the rapid-fire sound bites about amending the law, the Prosecutor-General cautioned against piecemeal amendments to the law, driven by the talk of the day. There may be something in this. After all, a text enshrined in law about the right to bear arms, and perhaps by extension to take life, may have consequences unforeseen by the drafters. And then, when there are deaths that were not envisaged in the drafting of such a law, what will be left?