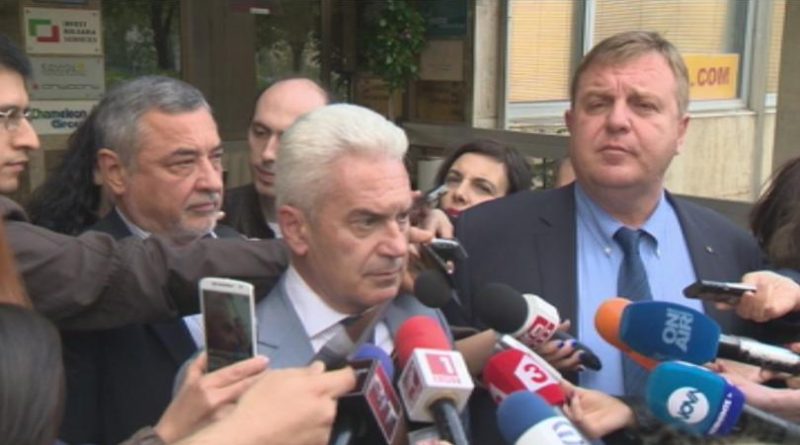 After Bulgaria’s Deputy Prime Minister and nationalist United Patriots co-leader Valeri Simeonov hit out in a television interview against Russian Patriarch Kirill, calling him a “second-rate Soviet cop”, the two other parties in the coalition called on him apologise.

A statement from the parliamentary group of the United Patriots, the grouping of far-right and nationalist parties that is the minority partner in Prime Minister Boiko Borissov’s government, called Simeonov’s comments unacceptable.

Simeonov’s verbal assault on Kirill was prompted by the Russian Patriarch’s role in a controversy during his visit to Bulgaria about the role played by countries other than Russia in liberating Bulgaria from Ottoman rule. Simeonov called Kirill a “cigarette metropolitan” and said he had no place lecturing Bulgarian leaders about history.

The text of the statement calling on Simeonov to apologise was written by another of the three co-leaders of the United Patriots, Ataka leader Volen Siderov, who is known for his pro-Russian views.

Reportedly, however, the text was adopted only by Ataka MPs and those from Deputy Prime Minister Krassimir Karakachanov’s VMRO party, because MPs from Simeonov’s National Front for the Salvation of Bulgaria left the group’s parliamentary meeting room.

Dessislav Chukolov, a close ally of Siderov, denied that the statement calling on Simeonov to apologise represented tension in the coalition.

NFSB MP Valentin Kassabov told reporters he saw no reason for Simeonov to apologise. “If they continue with these statements, things will get bad. There is no problem at the moment, but one may appear,” Kassabov said.

In past weeks, there have been open public verbal clashes between Simeonov and Karakachanov, leading not only those within the United Patriots grouping but also observers outside to doubt that it will stay together. Already there has been open talk of the United Patriots not going to the next parliamentary election in its current form.

Some weeks ago, Siderov spoke of the risk of early elections should Borissov’s GERB try to get the Istanbul Convention ratified by Parliament. However, on March 7, under pressure from the United Patriots and conservative forces, Borissov’s Cabinet revoked its earlier approval of the Convention.

Covid-19: If rules are kept to, incidence will drop by 30%, Health Minister says