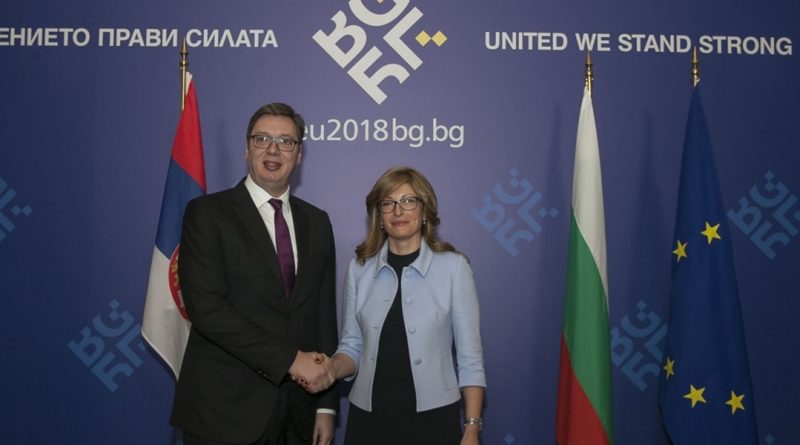 Three intergovernmental agreements, on rail transport, natural gas, and labour policies, were signed between Serbia and Bulgaria have been signed in the presence of visiting president Aleksandar Vučić and Bulgarian Foreign Minister Ekaterina Zaharieva.

In Sofia, Vučić and Zaharieva discussed issues of bilateral interest, as well as topics related to the Bulgarian Presidency of the Council of the EU, Bulgaria’s Foreign Ministry said.

Zaharieva said that trade turnover between the two countries had risen by 40 per cent in 2017, which also had seen a 14 per cent increase in tourists.

She informed the Serbian president of the support that the Western Balkans Strategy received from EU foreign ministers during their informal meeting in Sofia.