Bulgaria’s prosecutor’s office said on February 22 that it has pressed charges against former finance minister Stoyan Alexandrov, who is accused of carrying out banking activities without a licence.

Alexandrov is accused of giving a large number of loans – 61 of them personally and 14 through two companies he owns – between 2002 and 2015. He was charged under article 252 of the Penal Code, which bans “banking, insurance or other financial operations” without a licence.

In total, Alexandrov extended loans for 1.54 million leva, $1.7 million and 13.7 million euro, causing “significant damages” to the loan recipients, the prosecutor’s office said in a statement. If the case goes to trial and Alexandrov is convicted, he would face a prison term of between five and 10 years and the possible confiscation of part or all of his assets.

The latest investigation against Alexandrov began in 2016, after a private broadcaster aired an interview with several people who took out loans Alexandrov, in which they claimed that he charged usurious interest. Prosecutors had previously opened at least four other investigations into Alexandrov’s lending activities, but shut them down having found insufficient evidence to press charges, media reports said at the time.

Alexandrov himself did not deny that he was giving loans, but said that he only used his own money, which was legally obtained, and as such did not commit a crime.

Alexandrov was Bulgaria’s finance minister between December 1992 and October 1994, in the cabinet of socialist prime minister Lyuben Berov. Afterwards, the served in senior management positions at several banks and was the socialist nominee for mayor of Sofia in the 2003 election, where he lost the run-off to incumbent Stefan Sofiyanski. He was Sofia city councillor in 1999/2003 and was elected for another term in 2015, on the ticket of the socialist splinter party Movement 21. 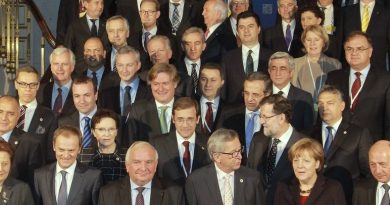