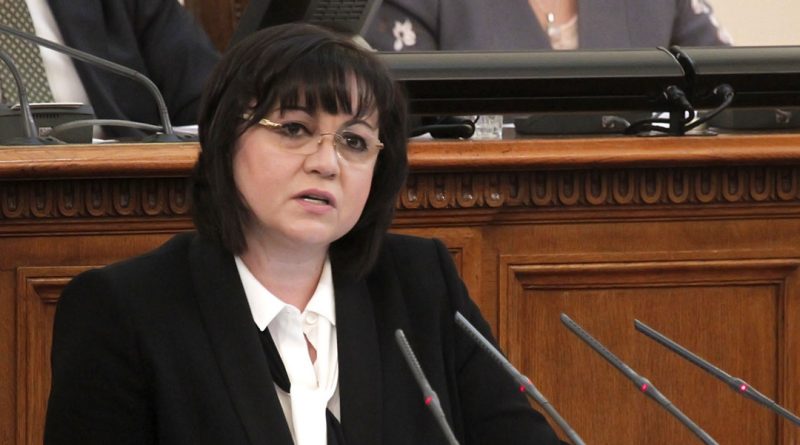 Bulgarian socialists doubled up on their efforts to tap into a populist vein, with party leader Kornelia Ninova announcing on January 24 plans to table a referendum proposal in the National Assembly on the topic of the ratification of the Istanbul Convention on domestic violence.

Ninova said that the party’s MPs would submit the proposal to the House on January 25. To pass, the proposal would require a simple majority in the 240-seat parliament.

“[The convention] has generated enormous tension in the Bulgarian society and diverging opinions. That’s division,” Ninova said, as quoted by public broadcaster Bulgarian National Television. “We think that the one who has to have their say on this issue is the Bulgarian people. This is why tomorrow we will be tabling the necessary signatures of Bulgarian Socialist Party MPs to ask for a decision to hold a referendum on the Istanbul Convention.”

Since the Cabinet submitted the convention to parliament for ratification earlier this month, the topic has inflamed public opinion in Bulgaria, one of the most conservative member states of the European Union, where four in five people think that the most important role of a woman is to take care of her home and family, per a November 2017 Eurobarometer survey.

The ultra-nationalist United Patriots, the junior partner in the ruling coalition with Prime Minister Boiko Borissov’s GERB, were the first to take up arms against the convention, its ministers voting against the proposal to submit it for ratification at the Cabinet sitting on January 3.

Their argument is that ratification of the Convention on preventing and combating violence against women and domestic violence, to give its full official name, would open the door for same-sex marriage (although Sofia has hosted Pride parades for more than a decade, these events have required police escorts due to competing ‘counter-marches’ organised by opponents) and recognition of a “third gender”.

Efforts to dispel such fears, made by several cabinet ministers, have failed to have the desired effect. Ninova also rejected the most recent offer, by Justice Minister Tsetska Tsacheva, to pass the ratification with a declaration clarifying that Bulgaria was only implementing measures meant to curtail violence against women and would not pass any changes redefining legal definitions of gender.

“The convention itself notes on which parts such declarations can express reservations and the sections on which the Bulgarian society is divided are not among those that are subject to such a declaration, which is why we think that such a declaration would be just some and mirrors to settle spirits down,” Ninova said.

Ninova was backed by President Roumen Radev, who spoke to the media on January 24 to mark the first anniversary of taking office (after being nominated by and running on the socialist ticket), saying that the situation was “indicative of what we should not do, that is, sign a document without debating it, without really knowing what are the consequences, or making declarations that we will accept this convention without a say for Bulgarian parliament and without a deep and full debate in our society.”

Yet for all his exhortations of the virtues of debate, Radev was quick to condemn, in that same speech, the “biased parliamentary committee” formed to look into the decision by the Radev-appointed caretaker cabinet to pick new jet fighters for Bulgaria’s air force, of which Radev was commander prior to running for president.

And Ninova herself has come under fire more than once in the past year, including some calls to have her replaced as party leader, after falling to meet expectations raised by Radev’s decisive win, which the party failed to translate into a victory at the snap parliamentary polls last year, where the socialists once again finished runners-up to Borissov’s GERB.

It has not helped that two prominent former socialists – Vice-President Iliana Yotova and ombudsman Maya Manolova – have come out decisively in support of the ratification of the Istanbul convention.

Manolova, a one-time rival to Ninova in the race for party leadership, was particularly forceful in her statement on January 23, during a discussion on the topic of the Istanbul Convention, hosted by Sofia University.

Ninova’s time as de facto leader of opposition has been a mixed bag ­­– she has scored some victories in direct confrontations with Borissov, but her efforts to paint the socialists as a credible alternative to the current government have fallen flat, such as her promise to present an alternative to the government’s 2018 Budget, which failed to materialise.

In taking a strong stance on the Istanbul Convention, Ninova appears to count on winning points by forcing the government to back down or, possibly, reaping dividends down the line from increased support for the socialists, but there has been little evidence that the approach was working with voters.

A survey by Exacta polling agency last month found that the socialists have made no gains on GERB since the parliamentary elections, while Ninova’s personal rating was the lowest among party leaders, with 28.7 per cent approval and 60.3 per cent disapproval (by comparison, Borissov had the approval of 45 per cent of respondents and Manolova had a whopping 70 per cent approval.)

And despite their inadvertent alignment with the United Patriots on this issue, Ninova could hardly hope to break up the ruling coalition, given the motion of no confidence debate in Parliament on January 23, which saw the ultra-nationalist group of parties defend the Cabinet’s record and shoot down any criticism from the opposition benches.

And GERB may yet succeed in both knocking on the head the referendum proposal and successful ratification of the Istanbul Convention, despite the resistance from their junior partner, with an assist from the opposition Movement for Rights and Freedoms and, possibly, the smallest party in Parliament, Volya, both of which have kept quiet on the issue. 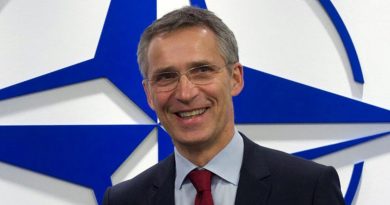