The sundry protests on domestic issues being held on January 11 as Bulgaria formally takes over the EU Presidency show that Bulgarians still have not liberated themselves from a slave mentality, “that we are still expecting someone else to free us,” former president Rossen Plevneliev said.

A reported total of 11 protests were being held in Bulgaria’s capital city Sofia as top EU officials arrived to participate in ceremonies to celebrate the country’s commencement of the six-month rotating Presidency of the Council of the European Union.

Plevneliev, who was head of state from 2012 to January 2017 but who declined to stand for a second term, said that up to the present day, Bulgarians succeeded in showing the worst to the world.

But he added that the protests – being held on issues ranging from environmental conservation controversies to police pay – were the result of the low trust of citizens in the state institutions, and this low trust was completely justified.

“These protests are not a symbol of future political action, but they are telling us something important – the whole political elite has not done its job over the years,” Plevneliev said in a television interview.

The same day, Liliyana Pavlova, Minister in Charge of the Bulgarian EU Presidency, said that cleaning up the country’s image was the “most important goal” of the Presidency.

She said that there were three things that the Presidency should show, that Bulgaria was not just a beneficiary country receiving EU funds, that it was not just passive, doing whatever Brussels says, and third, to show the “unknown Bulgaria”. “Cleaning up Bulgaria’s image is our most important goal”.

Pavlova, referring to the protests on January 11, said: “If they want to protest, let them”.

“I hope that Europe can distinguish what the protests are about. It’s just like complaining to the Armenian priest,” she said, referring to a Bulgarian colloquial expression implying a complaint that will produce no result.

Pavlova queried the timing of the protests, but added that they were an internal problem and would not affect Bulgaria’s image in the eyes of the foreign guests.

She said that there were direct and indirect attempts to discredit the government, coming from the opposition, “but the discrediting of the government has an extremely negative impact on the state”.

Referring to the January 8 murder in Sofia of wealthy business person Petar Hristov, Pavlova said that linking this to the EU Presidency, “the search for a deep conspiracy, is counterproductive”. Pavlova was referring to conspiracy theories that high-profile murders were being carried out to discredit Bulgaria as it held the EU Presidency. She called on the authorities to do their job in solving the murder. 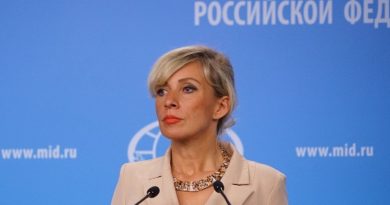 Russia ‘concerned’ by espionage charges in Bulgaria against Russophile leader 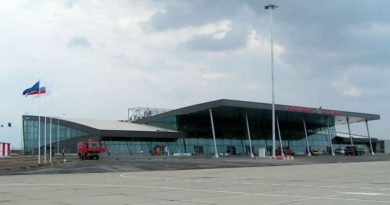