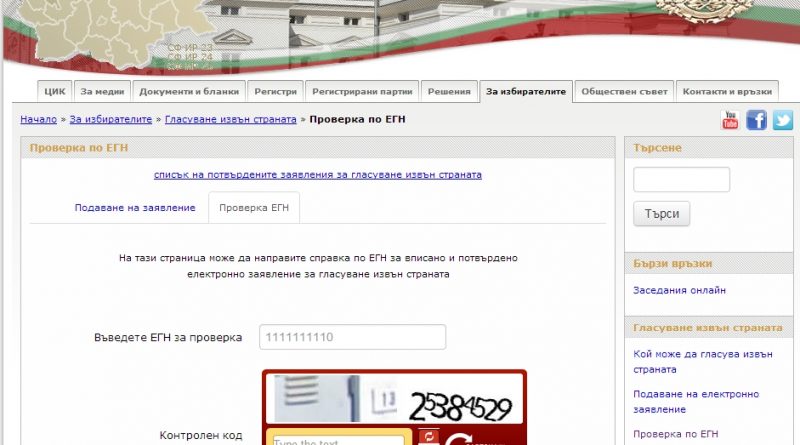 For all the indignation about the illegal use by political parties in Bulgaria of personal data to register for the European Parliament elections, it appears that they will get away with it.

There has been outrage after it emerged that a number of political parties submitted registration application documents that included the personal identity numbers of people without their knowledge or consent – including, in some cases, well-known personalities.

But the law provides only for sanctions of individuals, not political parties. Should the party officials who illegally used the personal data be tracked down, they could face fines from 10 000 to 100 000 leva, but the parties themselves will not be fined. Nor, unless the number of invalid signatures pushes a party below the threshold of 2500 required for registration, will the political party be stopped from participating in the election.

Coincidentally, the controversy erupted on the eve of a change of leadership of the Commission on the Protection of Personal Data, one of a number of changes by the ruling axis of the top management of regulatory and supervisory bodies in Bulgaria.

The new head of the commission, Ventsislav Karadzhov, said on April 15 that he would immediately convene a meeting to discuss the unauthorised use of personal identity number, commonly referred to by their Bulgarian abbreviation, EGNs.

Bulgarian-language media reports said that prosecutors, the Commission for the Protection of Personal Data and the Central Election Commission (CEC) had been “overwhelmed” by complaints from citizens whose names had been used unlawfully in documentation for registration of political parties in the May 25 European Parliament elections.

The thieving of personal data by political parties emerged after the CEC made available an online facility for people to check whether their EGNs appeared in political party documentation.

Media reports noted that various institutions began to shift responsibility to each other and to explain how difficult it would be for anyone to be punished.

Even if sanctions were applied, the time taken would mean that this would happen only after the May elections were over.

It also emerged, reports said, that the Commission for the Protection of Personal Data has no investigative capacity and would have to wait for other authorities to probe what had happened.

An outgoing member of the commission, Krassimir Dimitrov, was reported by daily Sega to have said that over the years there had been other such cases, including involving personal data for sale.

Former head of the commission, Veneta Shopova, said that it was possible that personal data could be leaked by entities that had access to it. Over the years, suspicion had fallen on mobile operators, various government bodies and services that work with such data,.

The CEC was redirecting complaints to the Commission for the Protection of Personal Data and to prosecutors.

According to Bulgarian-language media reports, those whose personal data had been used illegally included the national Ombudsman, Konstantin Penchev, in registration application documents submitted by the National Democratic Party. This party, led by Kapka Georgieva – former spouse of Ataka leader Volen Siderov – failed in its registration application because it did not meet the 2500-signature threshold.

Penchev said that he had complained formally to the CEC, the Commission for the Protection of Personal Data and to the Prosecutor-General’s office.

He said that the phenomenon created a sense that the state was up for grabs and everyone could lay their hands on personal data for any purpose they wanted.

“If this party that I have never heard of (uses my EGN ), what remains for larger parties that have mayors and have greater opportunities for such abuses?” Penchev said. He said that he would push the responsible institutions to do their job and stop such abuses.

Two members of Parliament for Boiko Borissov’s centre-right opposition party GERB turned up in application documents for other parties, in one case Georgieva’s and in another, Bulgaria Without Censorship, the party formed around former television talk show host Nikolai Barekov.

The personal data of Irena Krasteva, media owner and mother of controversial figure Delyan Peevski, turned up somewhat improbably in the documents of the League of Communists of Bulgaria, while those of Ognyan Donev, head of the Confederation of Industrialists and Employers in Bulgaria and a prominent pharmaceutical and media business owner, were found in the documentation of the Bulgarian National Patriotic Party.

Others who turned up supposedly endorsing political parties en bloc included musicians the Sofia Soloists and the members of the Philharmonic Orchestra – possibly giving a new meaning to the term, an orchestrated campaign. The musicians, supposedly, had backed the Glas Naroden party.

News website Mediapool quoted CEC sources as saying that practically no party, including the major ones, had not been involved in abuses in meeting the minimum threshold of 2500 signatures.

Meanwhile, Sofia University professor and PhD in European law Atanas Semov told Darik Radio that fears that the facility to check personal data on the CEC website could open the way for abuses were exaggerated.

He was responding to concerns that, for example, employers who knew their employees’ EGN identity numbers could type them into the CEC website and establish whether they had formally backed a political party.

According to Semov, it was normal for subscriptions in support of a political party to be public. Only the ballot was secret, he said. “Everything else, when voluntarily choosing to participate in a petition campaign, in a civil petitition for a referendum, this has to be public,” he was quoted as saying. 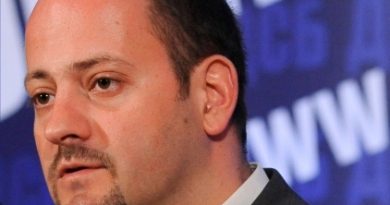