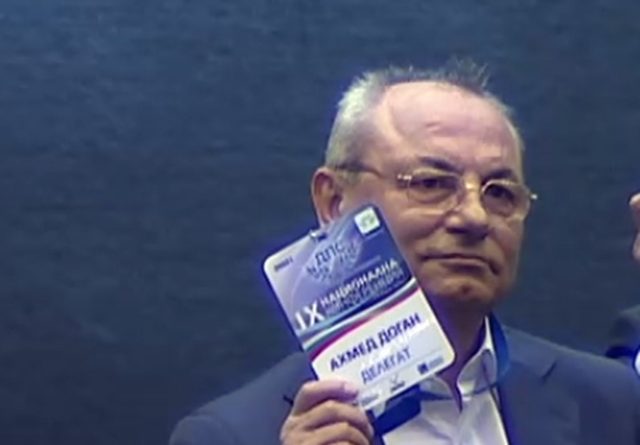 Ahmed Dogan, founder of the Movement for Rights and Freedoms (MRF) – the party led and supported in the main by Bulgarians of Turkish ethnicity – appeared to offer support for the Cabinet led by Prime Minister Boiko Borissov, casting doubt over whether the party will back the planned motion of no confidence in the government, expected in January 2018.

Posted on the party’s official website, Dogan’s address on December 21 to senior party officials at the traditional gathering ahead of the winter holidays was one of the rare occasions when the MRF former leader, who is the party’s honorary chairperson, makes public comments.

In his speech, Dogan said that even though the motion was not meant to topple the cabinet, merely serve as a “corrective”, in the unlikely scenario that it did succeed, it could trigger new snap elections because no opposition party was prepared to form a government.

MRF has backed several governments in the past, always as a junior partner, and his comment was interpreted as a reference to the Bulgarian Socialist Party (BSP), the largest party in opposition in the current National Assembly, which has tried to position itself as alternative to the Borissov-led coalition government since coming in second at the snap parliamentary polls in March 2017.

Any cabinet replacing Borissov’s government would not last more than a few months, which is why it was the “duty of the civil society and all political forces to guarantee the stability of the state,” Dogan said.

MRF and BSP agreed earlier this month to table the motion of no confidence in January, when Bulgaria will take the six-month rotating presidency of the Council of the European Union, the first time it will do so since joining the EU in January 2007.

Borissov’s GERB and its junior coalition partner, the United Patriots group of nationalist parties, have a narrow majority of 121 MPs in Bulgaria’s 240-seat Parliament, enough to defeat the motion of no confidence, but a close vote could still be interpreted as a black eye for the government at a time when the EU spotlight is on the country.

Dogan’s comments drew praise from the government coalition. GERB parliamentary floor leader Tsvetan Tsvetanov told private broadcaster bTV that “when a position, even from a political opponent, is true, it has to be acknowledged”.

He described Dogan’s statement as “nationally responsible” and noted that it was backed by public opinion polls, but also denied that GERB struck a deal with MRF behind closed doors on the motion of no confidence.

Defence Minister Krassimir Karakachanov, who is co-chair of the United Patriots, said that Dogan’s comments showed that “even in this party, which criticises us so sharply, there are smart people that think correctly” – a remarkably civil tone, considering the frequent raised-voice clashes between MRF and United Patriots MPs in Parliament.

BSP leader Kornelia Ninova vowed that the motion of no confidence would still be tabled on the schedule announced previously, saying that the socialists had enough MPs and did not require MRF to make up the numbers. She said that Dogan’s support for the government was proof that Borissov was worried about “tension in the country.”

MRF leader Mustafa Karadaya was yet to comment on Dogan’s statement, but the party founder remains very influential in its ranks, as Karadaya’s predecessor as leader, Lyutfi Mestan, learned the hard way in 2015.

Mestan, who had been a member of MRF since its inception and was seen as Dogan’s closest ally within the party, had read a declaration in the National Assembly siding with Ankara in its dispute with Moscow after Turkey shot down a Russan bomber near the Syrian border in November 2015.

A month later, in his pre-winter holidays address, Dogan described Mestan’s statement as a “gaffe”, triggering Mestan’s ouster as party leader and member.