Archaeologists working at the Odeon site in Bulgaria’s second city Plovdiv have found a mediaeval tomb, at the start of winter excavations.

Human remains were found at a location beneath the site of a municipal security facility, where a dig began a few days ago, it emerged on December 8.

Archaeologists believe that the tomb dates from the 11th to 12th centuries CE.

The find is interesting in that an arrow was found next to the skeleton. One opinion is that this was what killed the person. Another opinion is that the individual had been a warrior, archaeologist Maya Martinova told Plovdiv news website podtepeto.com.

A specialist from the Medical University in Plovdiv is to give an expert opinion after conducting a forensic examination of the remains.

The latest excavations at the site are in the direction of Plovdiv’s Gurko Street.

The Odeon site, dating from the second to fifth centuries, is the location of a Roman-era theatre, which is smaller in scale than Plovdiv’s well-known ancient theatre in the city’s Old Town. 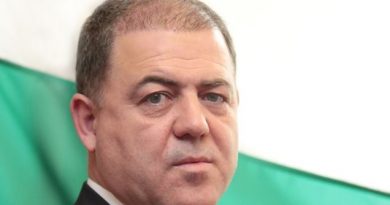