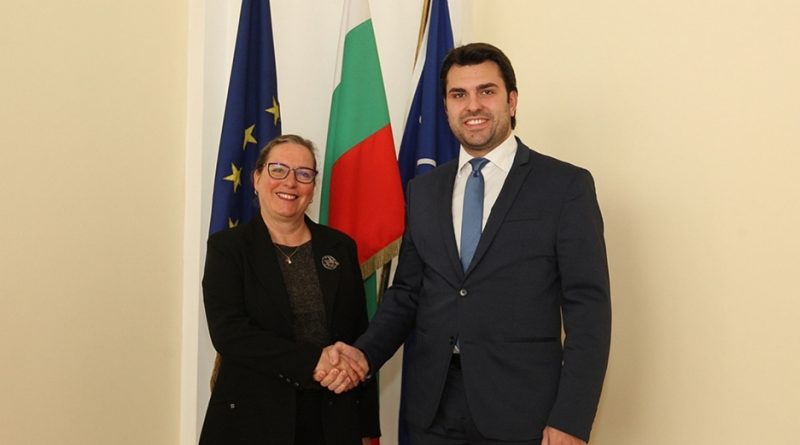 Bulgarian society has proved that it has always opposed and will continue to resist any manifestation of hatred, Deputy Foreign Minister and National Co-ordinator for Combating Anti-Semitism Georg Georgiev said in talks with Israeli ambassador in Sofia Irit Lilian.

“There is a very strong friendship between Bulgaria and Israel and we must work extremely actively to maintain it,” Georgiev said, according to a Bulgarian Foreign Ministry statement.

He thanked ambassador Lilian for her efforts to develop the ties between the two countries.

Regarding incidents of anti-Semitic inscriptions on monuments in Bulgaria, Georgiev emphasised that Bulgarian society has proved that it has always opposed and will continue to resist any manifestation of hatred, the Foreign Ministry statement said.

“The primary task for me as the National Anti-Semitism Coordinator is to establish legislation that will be our instrument to react in such cases. Such actions are not inherent to the Bulgarian people,” he said.

“I can assure you that the relevant Bulgarian authorities will continue to sanction with all necessary severity any possible future manifestations of anti-Semitism on the part of individual elements of our society,” Georgiev said.

Ambassador Lilian thanked the Bulgarian authorities for their quick and appropriate response and the actions taken to remove messages of an anti-Semitic nature.

She emphasised that the role of Bulgarian society in the rescue of Bulgarian Jews from being deported to the Holocaust during the Second World War is undeniable and Bulgaria should be proud of this act, the statement said.