The number of active cases of Covid-19 in Bulgaria has dropped below the 1000 mark, according to data posted by the national information system on June 6.

However, the number of confirmed cases has increased by 41, following 1196 samples having been tested in the past 24 hours.

The number of people who have recovered has increased by 138 in the past 24 hours to 1528.

There are 147 patients with confirmed Covid-19 in hospital, 12 of them in intensive care.

The number of confirmed cases among medical personnel has risen by two, nurses in Samokov, to a total of 288 to date.

The death toll has risen by one to 160, a 60-year-old man from Pazardzhik who died in hospital in Plovdiv. There is no information that the patient had any other diseases, the Health Ministry said.

Prime Minister Boiko Borissov, interviewed on public broadcaster Bulgarian National Television on June 5, said that while some people had said that Bulgaria had emerged from the crisis richer, “we came out poorer, but we came out alive and well for the most part”.

Now it was time to work, according to Borissov. “Gross domestic product is produced by work, not by lying down and resting,” he said.

Borissov said that there were currently sufficient medications and respirators to treat 30 000.

Asked why there had been such abrupt changes to the restrictive measures against the spread of new coronavirus, Borissov said that they had not been abrupt, but that everything had been based on calculations, about the numbers of people infected, those who had recovered, those who had died and the number of hospital beds.

The virus had not been defeated and the situation was not over, Borissov said.

“Our measures were the first, the most timely and the lightest. Our neighbours closed the churches, closed the mosques, closed the schools, closed the people in the houses, they could go out only with the permission of the police.”

Bulgaria had eased measures “every day,” he said. “Parks first, then gardens, after that restaurants, one by one, but together with the people, following the rules, so that…we could return to normal life as soon as possible, because normal live contributes to mental health,” Borissov said.

Commenting on the errors in the national information system on June 5, he said: “And the WHO website crashed today”.

According to Borissov, Bulgaria was the first to produce its own protective clothing and to start producing blood plasma.

“Thanks to our industry, we succeeded in making top-class protective clothing,” Borissov said.

He said that Bulgaria was providing protective clothing “to Germany, Austria, all of Europe, with the best, and not from China. At the beginning, there were no facial shields, masks, the factory in Smolyan that manufactures skis started making masks and goggles.”

In a June 6 interview with Nova Televizia, Chief State Health Inspector Angel Kunchev said that new outbreaks of coronavirus in Bulgaria could be extinguished without resorting to extreme measures such as a full quarantine and setting up checkpoints. 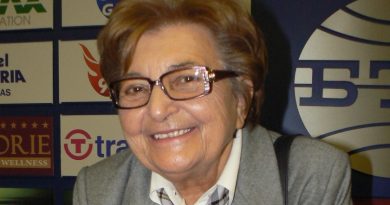