Top Bulgarian health officials have offered an explanation for discrepancies in the national information system for reporting Covid-19 cases.

The discrepancies emerged a day after the country’s government scrapped daily morning live briefings on the Covid-19 situation in Bulgaria.

Ten patients who had died between the beginning of April and beginning of May were not included in the total number of victims.

When the 10 deaths were added in, the information system showed the correct total, but users noticed that while the death toll had gone up, the system showed no new deaths in the past 24 hours.

Deputy Health Minister Zheni Nacheva ascribed the problem partly to a lack of experience among officials from the 77 hospitals and 144 laboratories in Bulgaria able to enter data in the national information system.

“Under the pressure and responsibility to treat patients first and find ways to approach how to save their lives, rather than reflecting the specific outcome and the specific number at the time of its occurrence,” she said.

Professor Todor Kantzardzhiev said that the figures omitted from the death toll were from Sofia hospitals, which were the busiest.

To avoid confusion, the Ministry of Health will send the media an update at midnight each day, the briefing was told.

Nacheva was adamant that the ministry was honest and candid, working according to clear rules and criteria.

“There is no interest at the Ministry of Health, the people who have been working in this system for three months, in lying about whether the tests are 1200 or 1250 and whether the deaths are 10 more or less,” Kantardzhiev said.

The discrepancies were not the result of malice, he said. “No one is hiding anything. Whoever work makes mistakes,” he said.

Current data are that 87 890 PCR tests have been performed as at June 5. In the past 24 hours, a total of 35 have proven positive.

A total of 2627 cases have been confirmed, of which 1078 are active. There are 149 people in hospital, eight of them in intensive care. 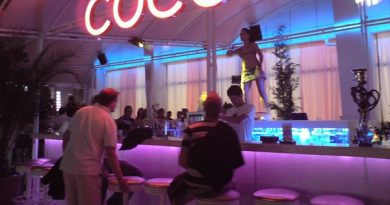 Deputy mayor of Bulgaria’s Pleven in custody over alleged bribe