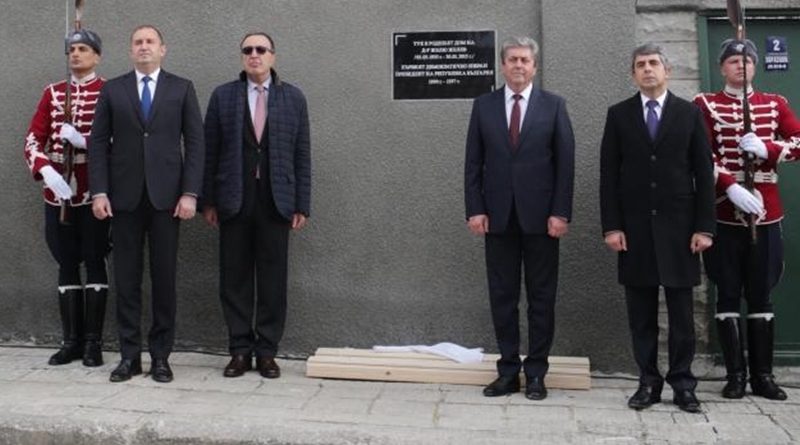 Bulgaria’s fifth democratically-elected head of state Roumen Radev and three living former presidents attended a November 7 ceremony to unveil a commemorative plaque at the home of the first of their number, Zhelyu Zhelev.

Zhelev was Bulgaria’s President from 1990 to 1997. He first was elected by the Grand National Assembly and then in direct democratic elections by the Bulgarian electorate in 1992.

Attending the ceremony were Zhelev’s successor, Petar Stoyanov, who held the office from 1997 to 2002, Georgi Purvanov, in office from 2002 to 2012, and Rossen Plevneliev, who was President from January 2012 to January 2017.

Radev said that Zhelev had had a tough fate.

“He showed the courage of dissent when others were silent. He took responsibility for the country when everyone was arguing and shouting. He took the reproaches of his opponents and the betrayal of his own. But Zhelev remained a popular man when many were ashamed and denigrated the word ‘people’,” said Radev, who was elected in late 2016 on a ticket backed by the socialist opposition.

Zhelev, an intellectual and writer, won the 1992 election against a socialist rival. But as a result of internal squabbling within the right-wing Union of Democratic Forces that Zhelev formerly had led, he lost the UDF nomination in the next election to Stoyanov.

Of the successive presidents, Purvanov, formerly leader of the Bulgarian Socialist Party, won two terms – the maximum allowed by the constitution – while Plevneliev, who had been nominated by Boiko Borissov’s centre-right GERB part, chose not to seek a second consecutive term.

Radev said that the epoch has burdened the transition politicians with the burden of many mistakes, both theirs and others.

Huge hopes have come to grips with the harsh reality, and the idealists had been displaced by the cynics, he said.

“Zhelev was led by ideas, not by plunder,” Radev said.

He said that it was significant that four heads of state had gathered together to pay tribute to Zhelev.

Radev noted that November 10 was approaching – the anniversary of the fall of communism, “namely that we always associate with Dr. Zhelev”, and “the political passions are still raging”, 28 years after the beginning of Bulgaria’s transition to democracy.

“For years we have argued whether the transition is over. I think we can claim that when we stop using history for a day-to-day political business, when the disenchantment generates discussion rather than fuelling hatred,” Radev said. 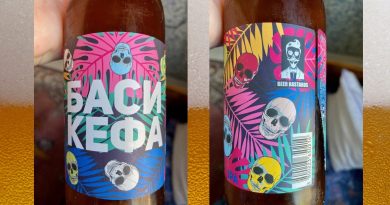